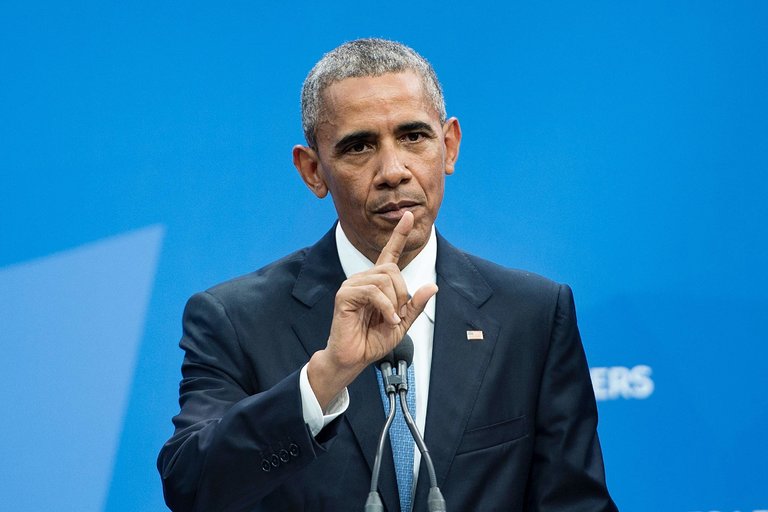 WASHINGTON — When President Obama travels to North Carolina and Europe this week, he will press an argument that could define foreign policy in the last six months of his presidency: that Americans and Europeans must not forsake their open, interconnected societies for the nativism and nationalism preached by Donald J. Trump or Britain’s Brexiteers.

Few presidents have put more faith than Mr. Obama in the power of words to persuade audiences to accept a complex idea, whether it is the morality of a just war or the imperfect nature of American society. Yet countering the anti-immigration and anti-free-trade slogans in this election year will require all of his oratorical skills.

Mr. Obama road-tested his pitch over the last two weeks in two friendly venues: Silicon Valley and Canada. This week, he will take the case to North Carolina, a swing state that has been hard hit by the forces of globalization, and to a NATO meeting in Poland, where the alliance members will grapple with the effects of Britain’s vote to leave the European Union, known as Brexit.

In Warsaw, Mr. Obama will sit next to Britain’s lame-duck prime minister, David Cameron, whose political career was ended by his miscalculation over holding the referendum on European Union membership. But first, in Charlotte, N.C., he will campaign with Hillary Clinton, his former secretary of state and the presumptive Democratic presidential nominee, who reversed her position on Mr. Obama’s Asian trade deal, formally called the Trans-Pacific Partnership, after many in her party turned sharply against free trade.

“President Obama has made a valiant attempt to build support for freer trade,” said Eswar S. Prasad, a professor of trade policy at Cornell University. “But the arguments in favor of free trade lack rhetorical and political resonance, especially amidst a heated political campaign.”

The case for ambitious trade deals, Dr. Prasad said, is that they allow the United States to set the rules for its dealings with other countries, and to wield greater geopolitical influence. Yet those arguments are easily overshadowed by the simple, if dubious, assertion that the losses to the American economy from these deals are greater than the benefits.

“Obama’s ability to sway the debate about free trade has been hampered by those in his own party feeling the heat from constituents who are up in arms about weak employment and wage growth,” Dr. Prasad said.

White House officials said Mr. Obama would not hesitate to make a strong case for the Trans-Pacific Partnership on the campaign trail. But Josh Earnest, the press secretary, said the president’s remarks on Tuesday in Charlotte would probably focus more on areas where he and Mrs. Clinton agreed.

Then, in Europe, Mr. Obama may find a more receptive audience, given the deep misgivings over the British vote.

“His timing is pretty good,” said David Axelrod, a former senior adviser to Mr. Obama. “If he arrived the week before, the party would have been rip-roaring. Now everybody is sitting there with an ice pack on their forehead. They might be ready to listen to some sensible advice.”

The departure of Britain from the European Union is likely to have significant, if not immediate, effects on Europe’s security. Some experts express fear that it will weaken the response to Russian aggression in Ukraine, for example. At the Warsaw meeting, a senior administration official said, Mr. Obama plans to emphasize the need for the European Union to cooperate more closely with NATO.

This has long been a goal of the United States, but the exit of Britain from the union makes it more urgent, said the official, who spoke on the condition of anonymity in advance of the NATO meeting. NATO and the European Union could collaborate in countering cyberattacks, coordinating military exercises and patrolling the central Mediterranean.

But Britain’s departure could pose problems for NATO. European diplomats said they expected France and Germany to consider closer military integration within the European Union — something Britain and the United States have resisted because they view it as competing with the alliance.

Mr. Obama spoke out publicly against a “leave” vote when he visited Britain in April, and the outcome of that debate was perhaps a harbinger of the challenges he faces in resisting antiglobalism at home. In his speeches, he emphasizes that leaders must recognize the fears and resentments that people feel because of economic dislocation.

“For them, globalization is inherently rigged toward the top 1 percent,” Mr. Obama said in an address to the Canadian Parliament. “I understand that vision. I know why it’s tempting.”

The problem, the president said, is that it is too late to turn back.

“Restricting trade or giving in to protectionism in this 21st-century economy will not work,” Mr. Obama said. “Even if we wanted to, we can’t seal ourselves off from the rest of the world. The day after Brexit, people looked around and said: ‘Oh! How is this going to work?’”

By recognizing people’s fears while making the case for an interconnected world, Mr. Axelrod said, the president has found the “sweet spot” in the debate. But telling people that they can do nothing to stem the tide of globalization is not a particularly appealing message.

At times, it seems that Mr. Obama has suffered his own dislocation. In Ottawa on Wednesday, he took part in a news conference with Prime Minister Justin Trudeau of Canada and President Enrique Peña Nieto of Mexico that was dominated by questions about Mr. Trump and the British vote.

While Mr. Trudeau was talking about whether Canada would export more hydroelectric power to the United States, Mr. Obama began scribbling notes. When it was his turn to speak, he abruptly veered into a discussion of the meaning of populism, a term often used to describe the political appeals made by Mr. Trump or the pro-Brexit campaigners.

“I’m not prepared to concede the notion that some of the rhetoric that’s been popping up is populist,” Mr. Obama said. He described his own agenda as populist, in that he wanted to help ordinary people get economic opportunities, working mothers get child care and children get access to education. A candidate who has never worked on behalf of social justice or the interests of the poor, he said, could not be a populist.

“That’s not the measure of populism,” Mr. Obama said. “That’s nativism. Or xenophobia. Or worse.”

When he had finished, an obviously worked-up Mr. Obama apologized for the digression, saying that as he neared the end of his presidency, he felt entitled to go “on these occasional rants.”

The next day, Mr. Earnest was asked if the president planned any more of these rants. “Considering we’ve got another six and a half months to go before the end of the presidency,” he replied, “I think it’s likely we’re all going to get to enjoy at least one more.”

Read More:The US Strategy To Create A One World Legal And Economic System: The TPP, TTIP And TISA