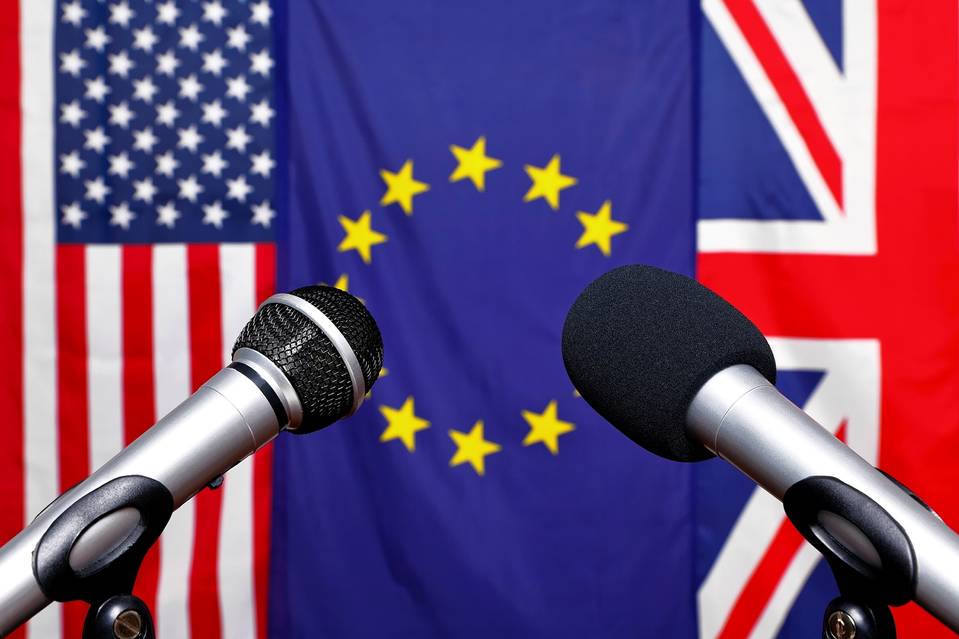 The cascade of commentary on Britain’s decision to leave institutional Europe has described the epochal event primarily in the vocabulary of calamity. However, the coin of the realm for statesmen is not anguish or recrimination; it should be to transform setback into opportunity.

The impact of the British vote is so profound because the emotions it reflects are not confined to Britain or even Europe. The popular reaction to European Union institutions (as reflected in public-opinion polls) is comparable in most major countries, especially France and Spain. The multilateral approach based on open borders for trade and the movement of peoples is increasingly being challenged, and now an act of direct democracy intended to reaffirm the status quo has rendered a damning verdict. However challenging this expression of popular sentiment, ignoring the concerns it manifests is a path to greater disillusionment.

Brexit is a classic illustration of the law of unintended consequences. The British government sought a Remain vote to end, once and for all, domestic disputes about Europe in a minority of the Conservative Party and among fringe populist groups. Many backers of the Leave campaign were surprised by their success, having understood their political mission initially in much less sweeping terms.

All these elements have been overwhelmed because the European vision elaborated over decades has been developing a sclerotic character. Internal debates of Europe have increasingly concentrated on structural contradictions. In the process, the vision that motivates sacrifice is weakening.

The founders of European unity understood the ultimate scope of their project. It was, on one level, a rejection of the worst consequences of European divisions, especially the traumatic wars that had killed tens of millions of Europeans in the 20th century alone. But it was also an affirmation of the values by which Europe had become great.

The Europe of the founders’ youth had thrived by the elaboration of the nation-state, which on one hand competed for pre-eminence, but at the same time evolved a common culture. Its principles of democracy and constitutionalism were spread around the world, even while respect for the dignity of the individual had been violated under colonialism. The European vision sought to maintain the dynamism reflected in Europe’s historical achievements while tempering the competition which had, by 1945, nearly led to their destruction.

Too much of the Europe of today is absorbed in management of structural problems rather than the elaboration of its purposes. From globalization to migration, the willingness to sacrifice is weakening. But a better future cannot be reached without some sacrifice of the present. A society reluctant to accept this verity stagnates and, over the decades, consumes its substance.

Inevitably a gap arises between the institutions and their responsibilities, which accounts for increasing populist pressures. The deepest challenge to the EU is not its management but its ultimate goals. In a world in which upheavals based on conflicting values span the continents, a common act of imagination by Europe and its Atlantic partners is badly needed.

Instead, European leadership is now faced with an unexpected challenge. Under the terms of its charter, the EU is obliged to negotiate with a principal member over the terms of withdrawal. Britain will want to maintain extensive ties with Europe while lifting or easing the constraints of its many legislative and bureaucratic requirements. The EU leadership has almost the opposite incentive. It will not wish to reward Britain’s Leave majority by granting Britain better terms than it enjoyed as a full member. Hence a punitive element is likely to be inherent in the EU bargaining position.

Many of us who have grown up with and admired the vision of European unity hope that the EU will transcend itself, by seeking its vocation not in penalizing the recalcitrant but by negotiating in a manner that restores the prospects of unity. The EU should not treat Britain as an escapee from prison but as a potential compatriot.

Punishing the U.K. will not solve the question of how to operate a common currency in the absence of a common fiscal policy among countries with disparate economic capacities, or of how to define a union whose ability to achieve common political strategies lags fundamentally behind its economic and administrative capacities.

By the same token, Britain needs to put forward the concept of autonomy for which its people voted in a manner that embraces ultimate cooperation. Britain and Europe together must consider how they might return, at least partially, to their historical role as shapers of international order.

In recent decades, Europe has retreated to the conduct of soft power. But besieged as it is on almost all frontiers by upheavals and migration, Europe, including Britain, can avoid turning into a victim of circumstance only by assuming a more active role. These vistas cannot yet be discussed at a geopolitical level, but the EU’s leaders should be able to form discrete and discreet panels for exploring them. In this manner, the Leave vote can serve as a catharsis.

The United States has encouraged the European Union from its beginning but has had difficulty adjusting to the achievement that followed. When the EU idea was first put forward by Jean Monnet at the end of World War II and advanced by the Marshall Plan, the U.S. was the indispensable contributor for international security and economic progress. Given the recovery of contemporary Europe, the American role needs to be redefined to a new kind of leadership, moving from dominance to persuasion.

The manner in which the U.S. administration and other advocates of Remain sought to influence the Brexit vote illustrates the point. The threat that without the support of Europe, a solitary Britain would move to the end of the line in negotiations with Washington reversed the historical sequence of that relationship. The “special relationship” is founded in the origins of America, in a common language and in a comparable system of political values reinforced by fighting together in common wars. The idea of the special relationship was enunciated by Winston Churchill not as a refutation of a multilateral world, but as the guarantor of its values in the hard times sure to follow World War II.

That special relationship is needed for the Atlantic world to traverse the present crisis. A disintegrating Europe could subside into an impotent passivity that will shrivel the entire Atlantic partnership, which represents one of the greatest achievements of the past century. Britain, in whatever mutually respectful legal status it arranges with Europe, is an essential element in this design. Its history and emotion are Atlantic; its current necessity requires as well a link to Europe. Today’s established international order was founded upon conceptions that emerged from the British Isles, were carried by Europe around the world, and ultimately took deep root in North America. American leadership in reinvigorating the contemporary order is imperative.

The Brexit vote has unleashed the anxieties of two continents and of all those who rely upon the stability that their union of purpose provides. The needed restoration of faith will not come through recriminations. To inspire the confidence of the world, Europe and America must demonstrate confidence in themselves.