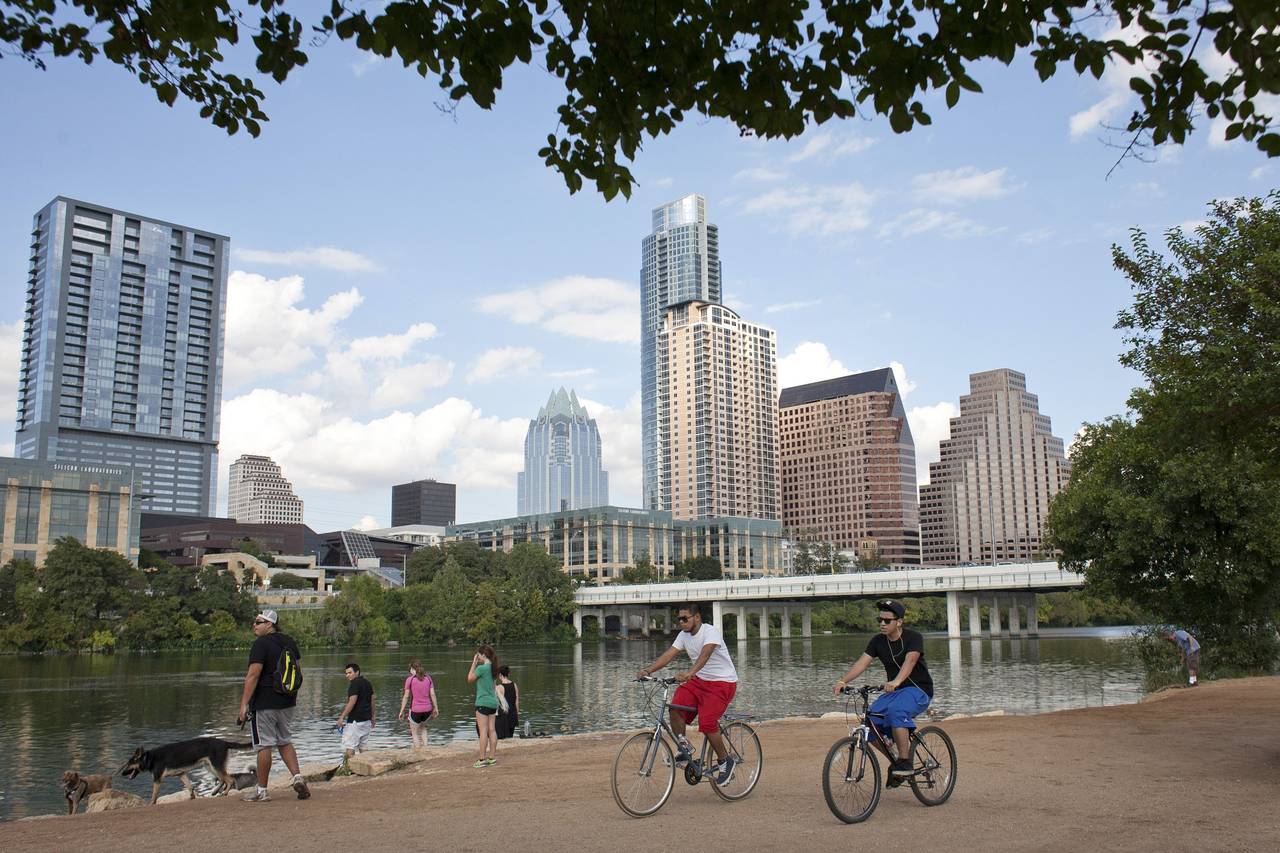 White Americans no longer account for the majority in hundreds of counties across the U.S., a trend transforming America’s social and political landscape as Latinos, Asians and blacks outpace white population growth, according to census figures out Thursday.

In 370 counties across 36 states and the District of Columbia, non-Hispanic whites accounted for less than half the population as of July 2015. That includes 31 additional counties since 2010, such as those encompassing Fort Worth and Austin in Texas; Charlotte, N.C.; Savannah, Ga.; and parts of suburban Atlanta and Sacramento, Calif.

Of the nation’s 3,142 counties, the so-called minority majority ones—12% of the total—represent an outsize chunk of the U.S. population since they are home to almost one-third of Americans.

The newest generation of Americans is the most diverse ever, with half belonging to a race or ethnic minority group other than “non-hispanic white,” according to the latest U.S. Census data.

The new figures point to a widening racial generation gap. While three-quarters of Americans age 55 and older are white, just 56% of those 18 to 34 are white, and only slightly more than half of minors are white, according to William Frey, a Brookings Institution demographer.

These shifts will shape who wins this year’s elections, with Democrats benefiting from the growth of minorities since Latinos, blacks and Asians are more likely to vote Democratic. In several battleground states, including Florida, Nevada and New Mexico, the racial generation gap is even wider than in the rest of the country. 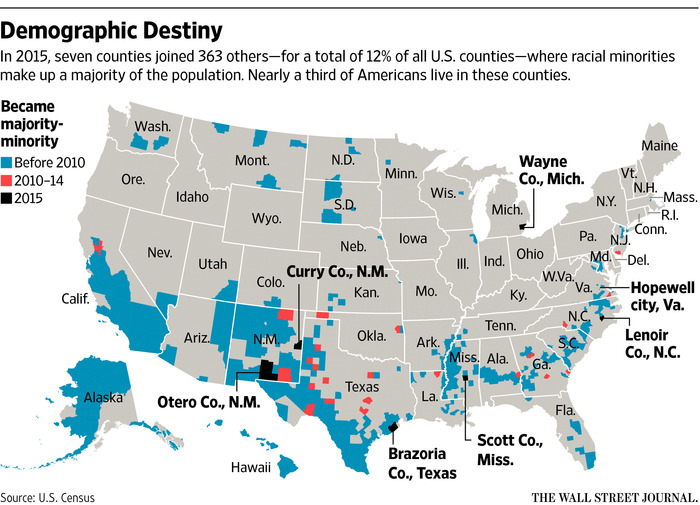 Republicans are helped by the fact that whites and older Americans have higher voter turnout rates. A big question in the presidential race is how Midwestern working-class whites, who appear energized by presumptive Republican nominee Donald J. Trump, will stack up against Latinos who have been angered by his derogatory comments about Mexicans and harsh stance on immigration.

“We may be seeing Trump put more effort into the Rust Belt knowing that he’s going to have a difficult time in some of these Sunbelt states,” said Michael P. McDonald, associate professor of political science at the University of Florida.

In Florida, the Orlando metropolitan area last year became among the places where whites are now the minority thanks to a surge of Puerto Ricans, who have fled the financially troubled island. Non-Hispanic whites were 49.2% of the population in 2015, down from 53.6% in 2010. That could prove particularly helpful to presumptive Democratic presidential nominee Hillary Clinton, since Puerto Ricans vote in larger numbers and are more heavily Democratic than most other Latinos, Prof. McDonald said.

In Texas, Latinos are the main group driving the shift, primarily because they are younger and have more children than whites, said Texas State Demographer Lloyd Potter. Whites are also moving out of the urban cores of Fort Worth and Austin.

A notable uptick in Asian immigrants is also diversifying these cities, Mr. Potter said. Immigration from Mexico has slowed so much that the percentage of immigrants coming to Texas from Asia is almost as high as the share coming from Latin America. “That’s a very dramatic shift in a relatively short period of time,” he said.

More Hispanics are being born in the U.S. than are dying, according to Kenneth Johnson, a University of New Hampshire demographer. The opposite is true of non-Hispanic whites, which had never been the case until four years ago, he said. New arrivals via immigration are still creating a sliver of growth for U.S. whites.

As of July 2015, the Asian population had grown 3.4% over the prior year while the Hispanic population rose 2.2% and the black population increased 1.3%. The non-Hispanic white population grew 0.1% during that time.

Read More:Welfare State: Obama Budgets $17,613 For Every Illegal Alien That Crosses Into US