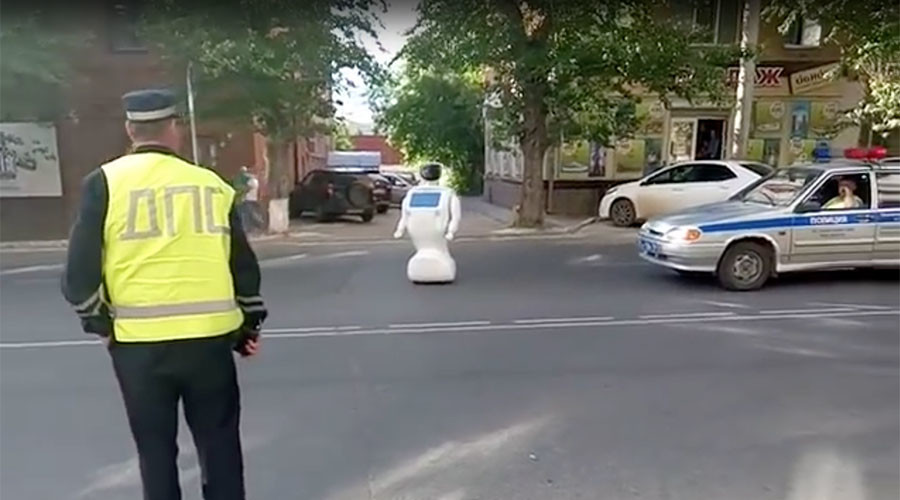 A robot escaped from a testing area in Perm, a city not far from the Urals, and made it on to a busy junction, baffling passersby, but also disturbing traffic.

“The robot was learning automatic movement algorithms on the testing ground, these functions will feature in the latest version of the Promobot.” The co-founder of the robot’s maker, Oleg Kivokurtsev, told ura.ru news agency.

“Our engineer drove onto the testing ground and forgot to close the gates. So the robot escaped and went on his little adventure.” Kivokurtsev explained.

The team only noticed their brainchild was missing 45 minutes into the robot’s travel stint and by the time they located it, there was already a crowd of puzzled citizens and the police had arrived.

Nice try, but the robot didn’t get very far, it was forced to stop when its battery died.

Promobot, or promotion robot, is a Perm thing: created and built in Russia, its main functions include those of a host and source of information.

Some internet users have already expressed opinions that this latest video is yet another PR trick pulled by the company behind the robots.