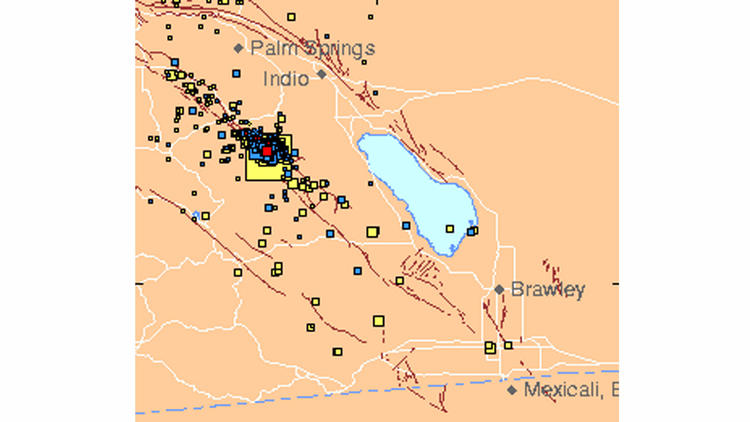 There have been hundreds of aftershocks from the magnitude 5.2 earthquake that rattled Southern California on Friday.

Aftershocks are common after significant quakes, and Friday’s temblor – which was felt from San Diego to Los Angeles and beyond – produced a few larger than 3.0. Most were much smaller.

The quake occurred in a sparsely populated area near Borrego Springs in San Diego County but the 1:04 a.m. quake was felt across a wide area.

“It’s the biggest one for a while,” said Egill Hauksson, a research professor of geophysics at Caltech.

Friday’s temblor occurred on the San Jacinto fault, the most active in the region, Hauksson said. As of Saturday, the U.S. Geological Service listed more than 200 aftershocks in the Borrego Springs area, and there were others nearby.

The last notable quake in Southern California was in 2014, when a 5.1 magnitude quake hit La Habra. That occurred on a different fault.

The San Jacinto fault is characterized by less compression between its plates compared with the San Andreas or Newport-Inglewood faults, which means that when there is slippage and a quake occurs, it’s less severe, Hauksson said.

But the fault is also remarkably long, which may explain why Friday morning’s quake was reportedly felt by people from Santa Barbara to the Mexican border, Hauksson said.