“For, behold, Hashem cometh forth out of His place to visit upon the inhabitants of the earth their iniquity; the earth also shall disclose her blood, and shall no more cover her slain.” Isaiah 26:21 (The Israel Bible™)

Divine retribution struck Thursday nights as world powers gathered in Paris for talks that could end in attempts to pressure Israel to accept a Palestinian state.

The conference ended and a divine reaction was almost immediate as the Seine River rose 20 feet overnight. Parts of the Metro system shut down, as did major landmarks. The Louvre museum was also closed as staff worked desperately to move 250,000 priceless works of art to safety. The Orsay Museum also scrambled to save its collections. Four people died and 4 were injured in France in the worst flood the country had seen in 30 years. More than 20,000 people have been evacuated in France since the weekend and 19,000 homes in and around Paris remain without electricity. The capital city remains under the second-highest alert, which warns of a “significant impact”. Experts say it will take at least ten days for the flooding to return to normal levels.

French President Francois Hollande said the weather was a serious climate phenomenon and a global challenge.

The Paris conference brought together over 20 senior diplomats from the west and the Arab world to work on organizing a peace conference by the end of the year that would launch Israeli-Palestinian negotiations. US secretary of state, John Kerry, and UN secretary general, Ban Ki-moon, were at the Paris conference, along with representatives from the Arab League, the European Union and key Arab states. Israeli and Palestinian representatives were notably absent.

Laurent Fabius, the former French foreign minister who first proposed the peace initiative, originally suggested the international community should unilaterally recognize the Palestinian state if the direct talks fail to happen or bring results. Jean-Marc Ayrault, the present foreign minister, has chosen not to pursue this condition in negotiations. It was thought that this condition would be effective in forcing  Israeli Prime Minister Benjamin Netanyahu to engage in negotiation. Prime Minister Netanyahu criticized the French initiative, saying direct talks between the Israelis and Palestinians are the best path to a peace agreement.

The Palestinians were enthusiastic about the initiative, which is based on a 2002 Saudi sponsored peace plan. The conference stressed the need for the creation of a contiguous Palestinian State inside Israeli territory. It blamed the failure of previous peace attempts on Israeli settlements in Judea and Samaria. It did not mention Arab violence and incitement, Hamas’ actions, or the need for the Palestinians to recognize a Jewish state or its right to exist.

The conference concluded Thursday night, just as the waters of the Seine began to rise. This is only one of many instances in the long line of attempts to force Israel into disastrous agreements that have met with natural disasters as clear signs of divine displeasure. 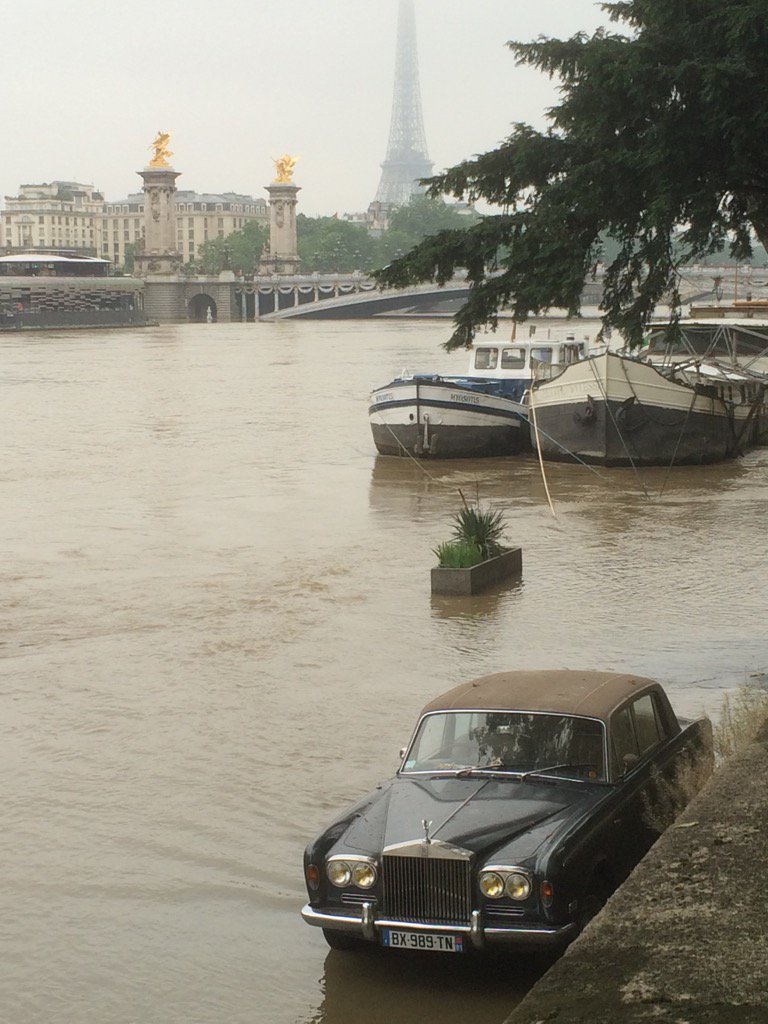 Read More:Hated Of All Nations: Final Peace Accord To Be Forced On Israel This Fall?
Read More:International Peace Conference: The World VS. Israel