Hopefully everybody remember Sallenger’s “hot spots” of sea level acceleration along the East Coast of the US.

This was one of the many examples of bad science misinterpreting the sea level oscillations by cherry picking the time window.

As 6 more years of data have been collected, let see if the hotspots are now the “hottest on record” or if they have cooled down.

This did not make any sense to me, as if you do have sinusoidal oscillations of periodicity 60 years, positive and negative phases of 30 years, and you select the end of the time widows at the end of one positive phase, this way you will always have “positive acceleration” even if there is none, and everybody knew about periods and phasing of the natural oscillations.

The logic was clearly flawed, but obviously Nature did not accepted any comment. The science is settled, and can’t be discussed.

So, let see the data, for example for Washington DC and The Battery NY, to check if the hotspots have produced huge sea level rises since December 2009.

The figure below presents the MSL (monthly average mean sea levels) and the SLR computed with 20, 30, 40, 50 and 60 years’ time windows for Washington DC and The Battery NY.

It seems that immediately after December 2009, the last month of data considered by Sallenger & co. in their June 2012 paper, corrected online June 2013 with the publishing in the supplementary of the actual numbers, a positive phase of the oscillations has been replaced by a negative phase. 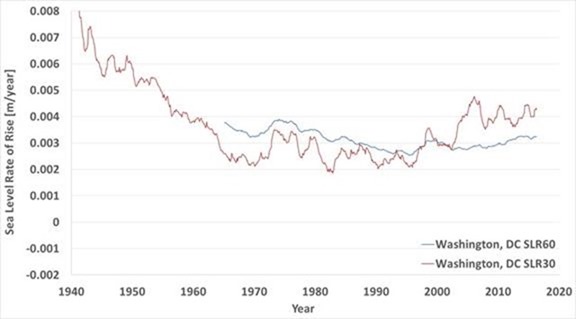 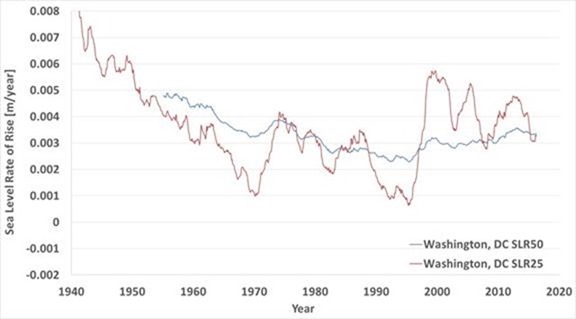 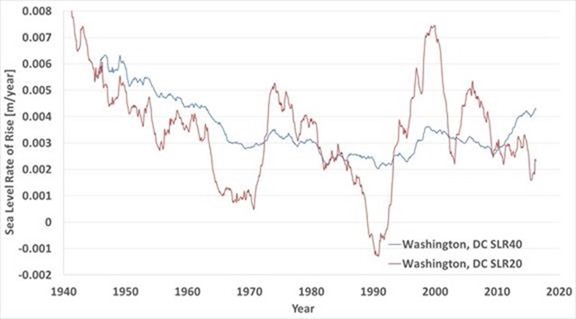 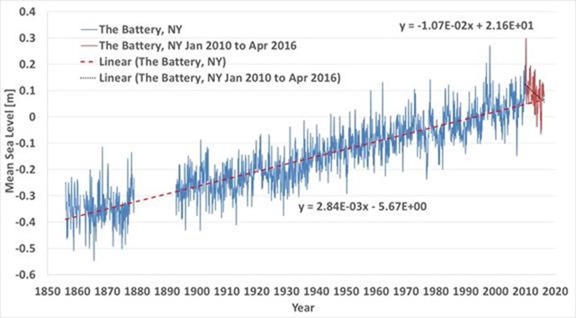 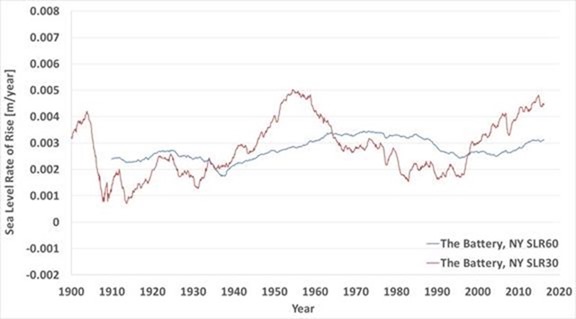 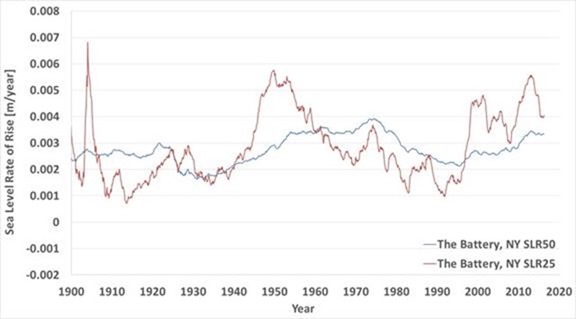 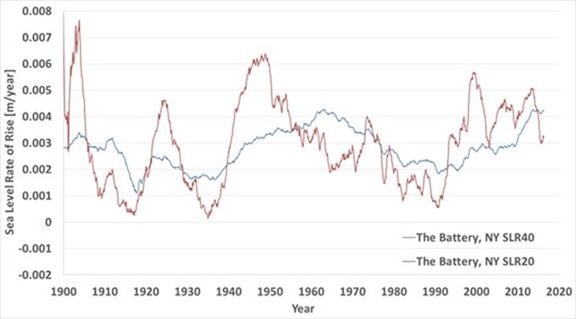