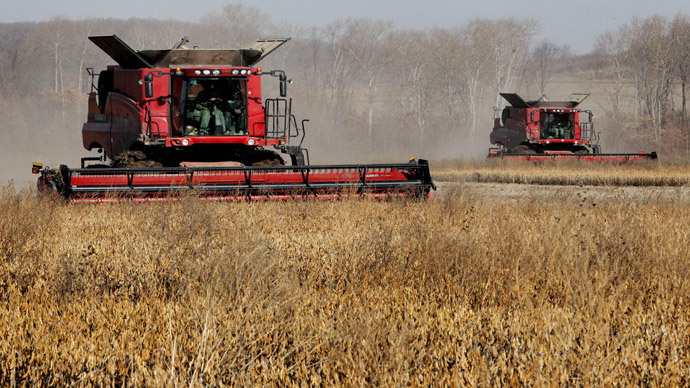 The Russian president has approved the idea to offer large land plots for free to anyone who resettles to the Russian Far East to start a farm or other business.

The initiative was first voiced by the deputy PM and presidential envoy to the Far East Federal District, Yuri Trutnev, who said that such a step would “strengthen the tendency of people’s migration to the Far East,” Interfax reported.

Trutnev told reporters that Putin called the idea right in principle and noted that similar programs had been successfully implemented in Siberia historically. Putin urged all responsible officials to be precise and cautious when detailing the conditions for land ownership, however.

Trutnev’s initial suggestion was to “create a mechanism for the free allocation of a 1 hectare (2.5 acres) plot of land to every resident of the Far East and to anyone who is willing to come and live in the region so that they could start a private business in farming, forestry, game hunting or some other enterprise.”

He added that the agreement could be signed for five years, and then it should either enter full force if the new landlord follows the plan, or be declared void if the land is not used. He also added that corruption in the process of distribution can be prevented if the land plots are far from big cities with their well-developed infrastructure and competitive environment.

The scheme has been designed to limit the possible selling of the land plots to foreign companies and individuals, Trutnev said. “We will give it a try,” he said. “I think this measure will prove to be effective.”

The Far East Federal District is a huge territory, uniting nine federal regions with a total area of over 6 million square kilometers. Included in the Far East are the gold-rich Magadan Region and the diamond-mining Sakha-Yakutiya republic, as well as important seaports and salmon-rich rivers. The district borders China by land and Japan and Alaska by sea.