The earthquakes are volcano-tectonic in nature, indicative of a slip on a small fault. Such events are commonly seen in active hydrothermal and magmatic systems. The magma chamber is likely imparting its own stresses on the crust around and above it, as the system slowly recharges. The stress drives fluids through cracks, producing the small quakes. The current pattern of seismicity is similar to swarms seen at Mount St. Helens in 2013 and 2014; recharge swarms in the 1990s had much higher earthquake rates and energy release.

No anomalous gases, increases in ground inflation or shallow seismicity have been detected with this swarm, and there are no signs of an imminent eruption. As was observed at Mount St. Helens between 1987-2004, recharge can continue for many years beneath a volcano without an eruption.

For more information, see the Activity Updates for Volcanoes in CVO Area of Responsibility and Earthquake Monitoring at Mount St. Helens. 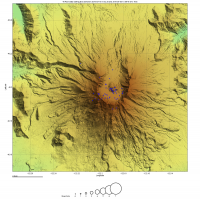 On March 14, 2016, the seismic network at Mount St. Helens began detecting small magnitude earthquakes at a depth of 3–4 km beneath the crater. Twelve earthquakes have been formally located and the local seismic network detected at least 100 earthquakes too small to be recorded on enough seismometers to calculate a location. Many of the earthquakes have similar seismic signatures, suggesting they are occurring in the same area as the located earthquakes. According to the Pacific Northwest Seismic Network, the largest earthquake over a four-day period was a Magnitude 0.7, an event that would not be felt even if you were standing on the surface above it.

These types of volcano-tectonic earthquakes beneath Mount St. Helens are likely associated with the recharge of the volcano. After the 2004-2008 eruption, subtle inflation of the ground surface and seismicity indicate that the magma reservoir beneath Mount St. Helens is slowly re-pressurizing, as it did after the conclusion of the 1980-1986 eruption. This is to be expected and it does not indicate that the volcano is likely to erupt anytime soon. Re-pressurization of a volcano’s magma reservoir is commonly observed at volcanoes that erupted recently, and recharge can continue for many years without an eruption. For more information, see the Activity Updates for Volcanoes in CVO Area of Responsibility and Earthquake Monitoring at Mount St. Helens. 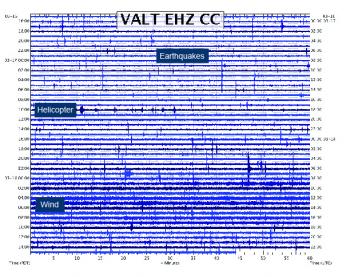 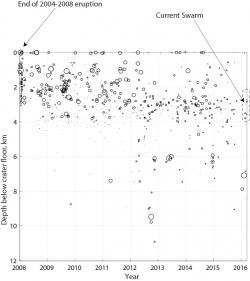 Read More:Yellowstone Eruption Imminent? This Footage Shows What Is Really Going On Inside The National Park

Read More:Earth’s Mantle Falling Off? Experts Are Beginning To Think So