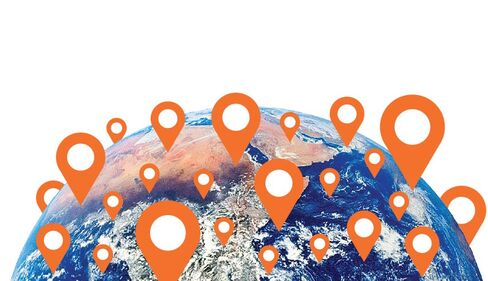 In Pinpoint: How GPS Is Changing Technology, Culture, and Our Minds, Greg Milner tells two stories. One’s about how the Global Positioning System became one of the 21st century’s most important technologies. The other’s about how it may be stunting the brains of the ingenious species that created it.

We use GPS today to guide airplanes, ships, and tractors. It keeps tabs on sex offenders and helps find oil deposits. “GPS surveys land, and builds bridges and tunnels,” Milner writes. “GPS knows when the earth deforms; it senses the movement of tectonic plates down to less than a millimeter.” GPS can tell you how long until your Uber arrives—and even let you know if someone nearby is interested in a one-night stand.

The set of technological challenges that had to be solved to enable all of this was formidable. There were cultural stumbling blocks, too. The U.S. Air Force birthed the system, but the brass starved it of funds because it didn’t see the need for another navigation tool. Once GPS’s value became clear, the Pentagon tried to keep the most accurate version for itself, degrading the civilian signal so it was less precise. The first commercial GPS companies focused on designing devices to the exacting standards of the military. Magellan, and especially Garmin, came to dominate the market, making billionaires of their founders, by selling cheaper devices whose diminished accuracy was perfectly satisfactory for people not launching missiles. (Private-sector engineers eventually found ways around so-called selective availability, and the military’s jamming was abandoned.)

Is the system changing the structure of our brains?

Now, of course, every smartphone is a GPS device—if advances in chip design have allowed us to carry around powerful computers in our pockets, as often as not it’s the 24 GPS satellites circling the planet that make us take them out and use them. Milner argues that ubiquity has begun to exact a price. Part of that price is the ease with which we can now be located and tracked, but he also writes about another cost. He opens his book with an enchanting account of how ancient Polynesian navigators figured out how to cross thousands of miles of open ocean in outrigger canoes, guided only by the stars and the currents. Today, he points out, people blindly follow their turn-by-turn instructions into lakes or drive miles before they realize they mistyped the name of their dinner destination. He speculates, citing some suggestive psychological research, that our reliance on the technology may be altering the structure of our brains.

How much should we worry about this? Milner doesn’t raise the question so he can lecture us. He’s too busy tracing all the fascinating tributaries that feed into his story. He’s a vivid writer and a concise explainer, and when plotting a path through his material, he always opts for the scenic route. Milner didn’t necessarily have to go into the birth of bombing or the history of behaviorism or the early 20th century debate about continental drift to tell the story of GPS, but it’s a far more fascinating journey because he did.