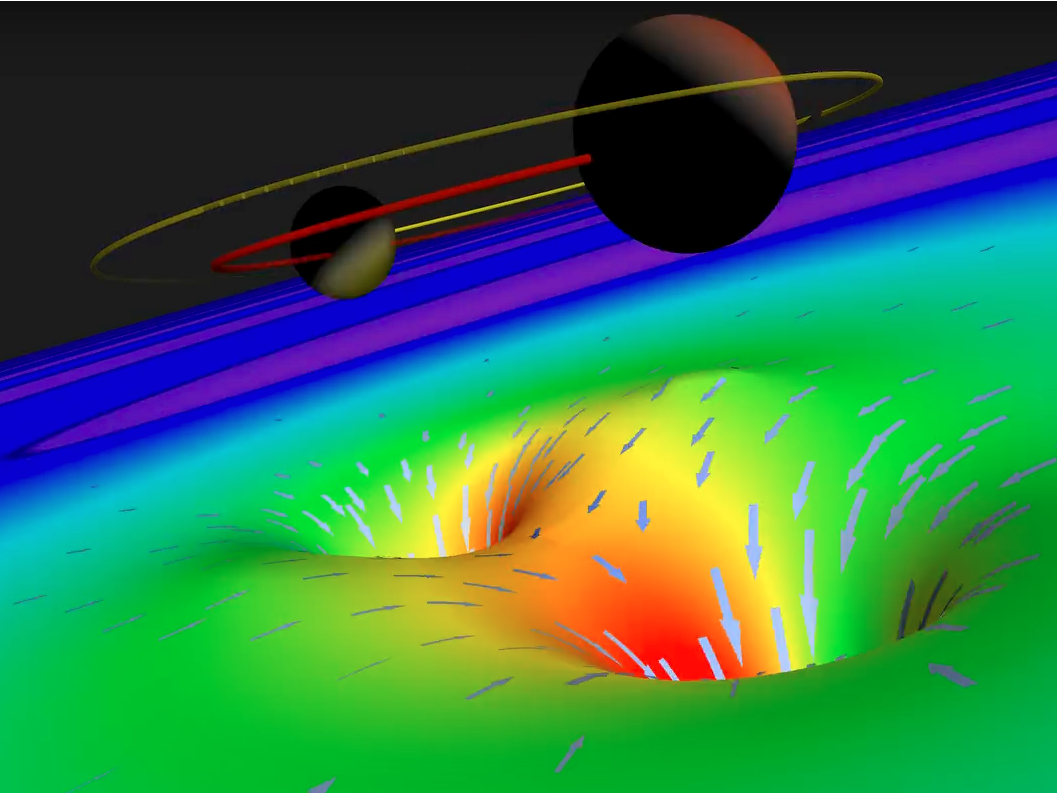 Gravitational waves are ripples in the fabric of space-time that are caused by violent processes like the merging of black holes.

In September, physicists made a monumental discovery that opened up a new window to the universe.

These gravitational waves should allow scientists to directly study some of the most violent processes out there and probe general relativity by observing how gravity behaves in extreme conditions.

But on that same day — less than half a second after LIGO made its monumental discovery — the Fermi Telescope, a space observatory orbiting the earth, picked up a brief, faint signal from the same region of space. The chances of that being coincidental hover around 0.2%. And if it wasn’t a coincidence, it could open the door to a whole new world of physics.

A flash of gamma rays

On September 14, Fermi observed what’s known as a gamma-ray burst, a flash of the most energetic type of light in the electromagnetic spectrum, radiating from the same neighborhood as the black-hole merger.

According to what we know about black holes, this shouldn’t have happened: Light shouldn’t be able to escape from two betrothed black holes since any gas surrounding them would be swallowed up by one before it merged.

But in order to produce a gamma-ray burst, there must have been some gas left over.

“Gamma-rays arising from a black hole merger would be a landmark finding because black holes are expected to merge ‘cleanly’, without producing any sort of light,” NASA explained in a press release.

To figure out what this gamma-ray burst means, then, physicists will need to observe more of them. And, like this one, the bursts will have to be linked with gravitational waves from black-hole mergers.

How to spot a gravitational wave

LIGO is just one key way scientists hope to hunt for gravitational waves. It currently consists of two detectors, one in Louisiana and the other in Washington. The detectors use a laser beam, split between a pair identical arms that form an L-shape, to detect almost imperceptible differences in length caused by a gravitational wave passing through and warping the fabric of space-time where the detector sits.

(LIGO Laboratory/NSF)
One of LIGO’s L-shaped detectors that was used to detect gravitational waves.

But there’s a problem with the gravitational-wave observatories we have now: They possess relatively blurry vision, according to NASA.

So when LIGO spotted the black-hole collision, it was only able to determine its location within an area spanning 600 square degrees of the sky. That’s the equivalent of looking for a needle in a haystack the size of the US, Gizmag reports.

Using the gamma-ray burst could help physicists narrow this search area by two-thirds to just 200 square degrees of the sky.

At the very least, these gamma-ray bursts could help physicists put a finger on the source of the gravitational waves that they detect.

Read More:European Gravitational Wave Observatory Gets Thumbs Up For Report