An unexplained carpet of foamy bubbles filled streets in the centre of the southern Japanese city of Fukuoka in the early hours of Saturday morning – shortly after tremors from a devastating earthquake of magnitude 7.3 shook the town.

Twitter users posted pictures of the mysterious foam, with one calling it “disgusting”.

“I saw it just after the earthquake,” said Kazuki Nabeta, who lives in the busy central district of Tenjin, where the bubbles were found.

Some have speculated that the earthquake may have caused an underground pipe to burst.

“People were posting pictures on Twitter and it was near my house, so I went out to have a look,” said Mr Nabeta.

“There was a fire engine there. There wasn’t anything special about it – it was normal foam.” 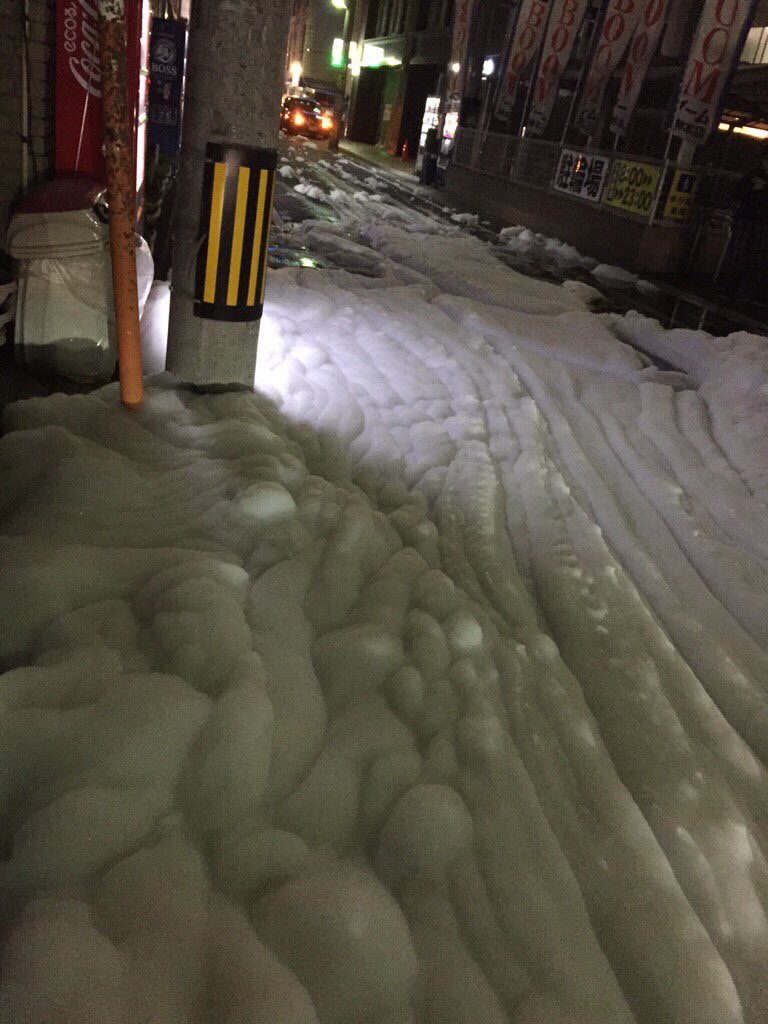 Fukuoka is 90km away from Kumamoto, where the strongest tremors were felt.

Residents of Fukuoka reported strong shaking but little damage from the two quakes, which took place on Friday and Saturday.

At least 29 people have been killed by the earthquakes, which injured more than 1,500 and left many more homeless.

A spokesperson at the Fukuoka town hall said they did not know anything about the bubbles, which remain a mystery.