The US military have christened a 130 foot drone warship that can operate autonomously hunting for submarines and mines at sea.

“Sea Hunter” is a major advance in robotic warfare designed to cruise the ocean’s surface for two or three months at a time – without a crew or anyone controlling it remotely.

The christening marks a new step for the program, which enters testing this summer off the coast of San Diego and is managed jointly with the Office of Naval Research. If all goes well, the vessel could become part of the Navy in 2018, defense officials said. 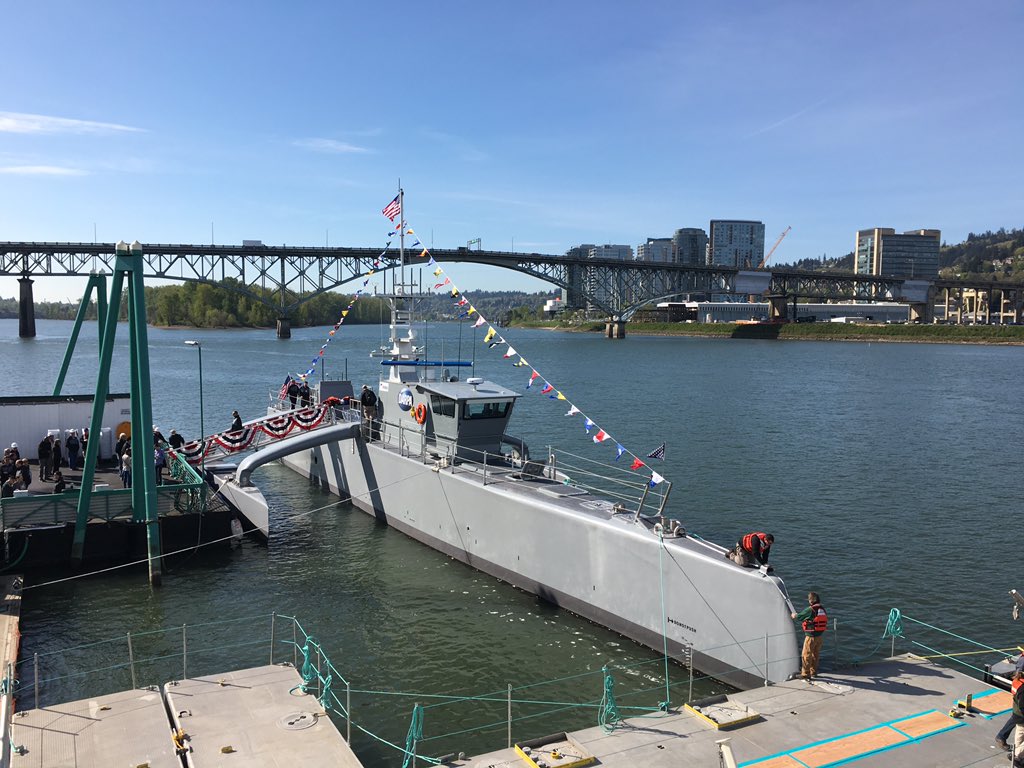 The ship’s allure is in its independence. The Pentagon envisions it being able to travel thousands of miles at a time on its own, undertaking missions up to a month long with minimal interaction with humans. Defense officials say it is able to avoid crashing into other ships through advanced software and hardware that form automated “lookouts.” It will be required to meet International Regulations for Preventing Collisions at Sea, known in the maritime world as COLREGS.

The ship also can be operated remotely, similar to other drones in the Pentagon’s fleet of unmanned aircraft, ships and submarines. They also could eventually be operated in fleets, giving the Defense Department an inexpensive way to boost maritime security.

The Sea Hunter test vessel was built by Leidos, a defense and engineering company with headquarters in Reston, Va. It announced last year that a smaller, 42-foot prototype had completed its first self-guided voyage between Gulfport and Pascagoula, Miss. The Sea Hunter was built in Oregon and completed early testing there in the Columbia River.