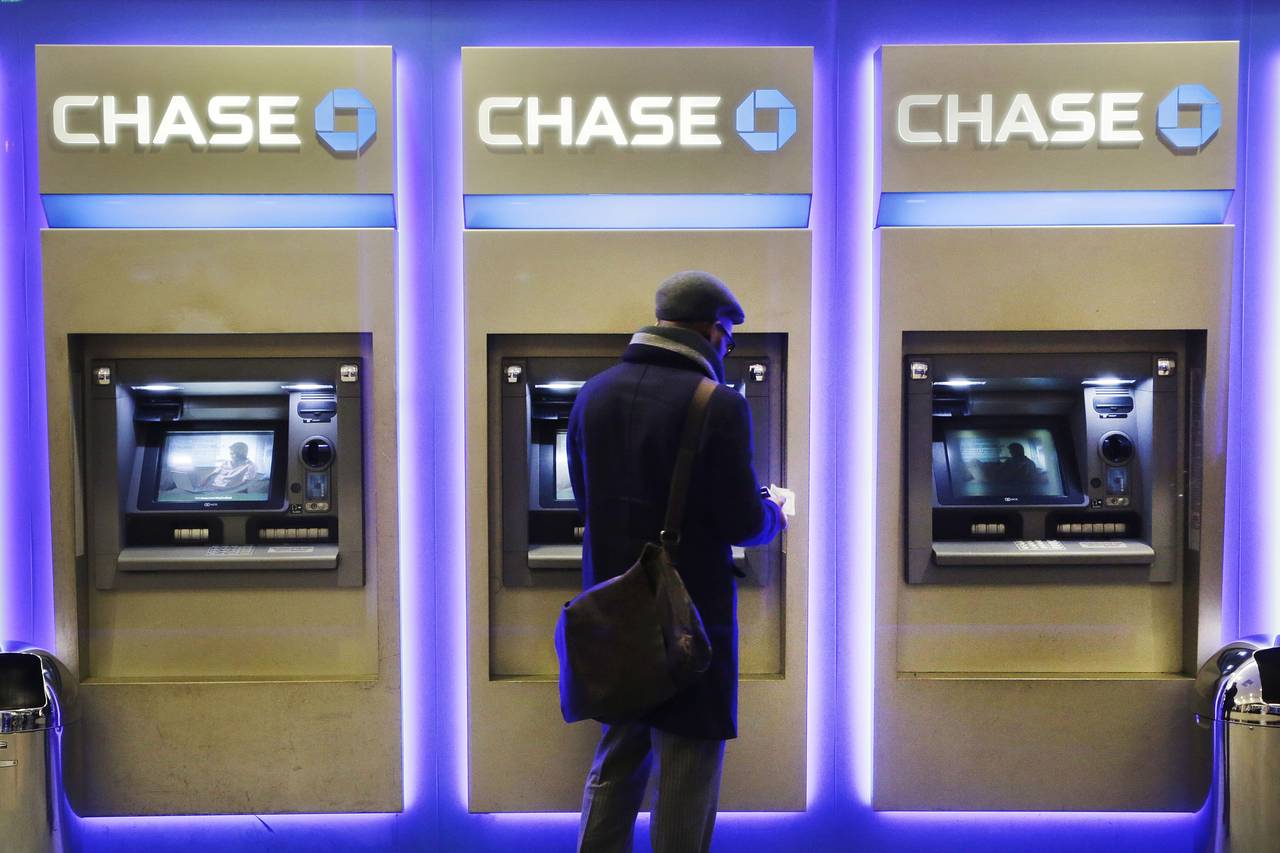 J.P. Morgan Chase capped ATM withdrawals at $1,000 per card daily for noncustomers after some started pulling out tens of thousands of dollars at a time. Photo: Associated Press

The bank said there doesn’t appear to be fraud involved. But partly due to heightened regulatory scrutiny, banks are paying more attention to large cash transfers that could be a sign of money laundering or other types of shady activity. Typically, the card-issuing bank sets withdrawal limits, not the bank owning the ATM.

The move by the largest bank in the U.S. doesn’t affect J.P. Morgan Chase’s own customers, whose maximum daily withdrawals are set depending on the client’s account type. The bank has seen high-dollar withdrawals at both new and old ATMs, said bank spokeswoman Patricia Wexler.

She added that the bank “felt it was prudent to set withdrawal limits on all of our ATMs” after identifying some large cash withdrawals from noncustomers.

J.P. Morgan has been upgrading its ATMs nationwide, most of which are at the company’s Chase branches. The new ATMs allow consumers to withdraw more money quickly because they include $50 and $100 bills where old machines stuck mainly to $20 bills.

Most large U.S. banks, including Chase, Bank of America Corp. , Citigroup Inc. and Wells Fargo & Co. have been rolling out new ATMs, which in some cases replace tellers. That includes allowing customers to withdraw different dollar denominations.

At Chase’s annual investor day presentation in February it touted “higher funds availability and withdrawal limits at the ATM.” The bank also said about 90% of all teller transactions will be ATM-enabled in the near future.

“Banks are looking to provide the flexibility but at the same time balancing their own exposure,” said David Albertazzi, a senior analyst focusing on retail bank channels at Boston-based consultancy Aite Group.

The efforts run counter to recent calls to phase out large bills such as the $100 bill or the €500 note ($569) to discourage corruption while putting up hurdles for tax evaders, terrorists, drug dealers and human traffickers.

The Wall Street Journal reported in February that the European Central Bank was considering eliminating its highest paper currency denomination, the €500 note. Former U.S. Treasury Secretary Lawrence H. Summers also has called for an agreement by monetary authorities to stop issuing notes worth more than $50 or $100.

J.P. Morgan found some customers of banks in countries such as Russia and Ukraine had used Chase ATMs to withdraw $20,000 in one transaction, people familiar with the situation said. Chase said those instances weren’t widespread.

Ms. Wexler said the bank doesn’t know the identity of people who withdrew the money but did identify each person’s bank and confirm the transactions appeared legitimate.

Generally, ATM limits are set by the bank that issues the ATM card and handles the customer’s account. But limits set by banks owning the machine are starting to catch on—with Chase among the first big U.S. banks—as concerns increase among law-enforcement officials about how criminals can move money across the globe using various new bank technologies.

Banks must also file a Currency Transaction Report for cash transactions over $10,000 in one day, according to the U.S. Department of Treasury’s Financial Crimes Enforcement Network, or FinCEN. Almost all countries have similar reports for their currencies, a FinCEN spokesman said.