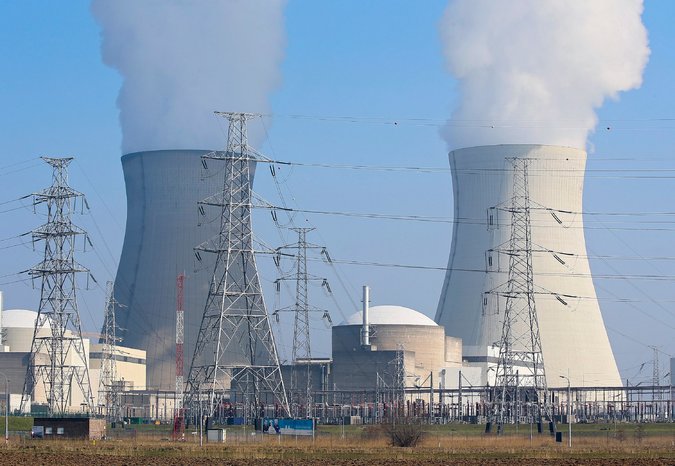 BRUSSELS — As a dragnet aimed at Islamic State operatives spiraled across Brussels and into at least five European countries on Friday, the authorities were also focusing on a narrower but increasingly alarming threat: the vulnerability of Belgium’s nuclear installations.

The investigation into this week’s deadly attacks in Brussels has prompted worries that the Islamic State is seeking to attack, infiltrate or sabotage nuclear installations or obtain nuclear or radioactive material. This is especially worrying in a country with a history of security lapses at its nuclear facilities, a weak intelligence apparatus and a deeply rooted terrorist network.

On Friday, the authorities stripped security badges from several workers at one of two plants where all nonessential employees had been sent home hours after the attacks at the Brussels airport and one of the city’s busiest subway stations three days earlier. Video footage of a top official at another Belgian nuclear facility was discovered last year in the apartment of a suspected militant linked to the extremists who unleashed the horror in Paris in November.

Asked on Thursday at a London think tank whether there was a danger of the Islamic State’s obtaining a nuclear weapon, the British defense secretary, Michael Fallon, said that “was a new and emerging threat.”

While the prospect that terrorists can obtain enough highly enriched uranium and then turn it into a nuclear fission bomb seems far-fetched to many experts, they say the fabrication of some kind of dirty bomb from radioactive waste or byproducts is more conceivable. There are a variety of other risks involving Belgium’s facilities, including that terrorists somehow shut down the privately operated plants, which provide nearly half of Belgium’s power.

The fears at the nuclear power plants are of “an accident in which someone explodes a bomb inside the plant,” said Sébastien Berg, the spokesman for Belgium’s federal agency for nuclear control. “The other danger is that they fly something into the plant from outside.” That could stop the cooling process of the used fuel, Mr. Berg explained, and in turn shut down the plant.

The revelation of the video surveillance footage was the first evidence that the Islamic State has a focused interest in nuclear material. But Belgium’s nuclear facilities have long had a worrying track record of breaches, prompting warnings from Washington and other foreign capitals.

Some of these are relatively minor: The Belgian nuclear agency’s computer system was hacked this year and shut down briefly. In 2013, two individuals managed to scale the fence at Belgium’s research reactor in the city of Mol, break into a laboratory and steal equipment.

Others are far more disconcerting. In 2012, two employees at the nuclear plant in Doel quit to join jihadists in Syria, and eventually transferred their allegiances to the Islamic State. Both men fought in a brigade that included dozens of Belgians, including Abdelhamid Abaaoud, considered the on-the-ground leader of the Paris attacks.

One of these men is believed to have died fighting in Syria, but the other was convicted of terror-related offenses in Belgium in 2014, and released from prison last year, according to Pieter Van Oestaeyen, a researcher who tracks Belgium’s jihadist networks. It is not known whether they communicated information about their former workplace to their Islamic State comrades.

At the same plant where these jihadists once worked, an individual who has yet to be identified walked into the reactor No. 4 in 2014, turned a valve and drained 65,000 liters of oil used to lubricate the turbines. The ensuing friction nearly overheated the machinery, forcing it to be shut down. The damage was so severe that the reactor was out of commission for five months.

Investigators are now looking into possible links between that case and terrorist groups, although they caution that it could also have been the work of an insider with a workplace grudge. What is clear is that the act was meant to sow dangerous havoc — and that the plant’s security systems can be breached.

“This was a deliberate act to take down the nuclear reactor, and a very good way to do it,” Mr. Berg, the nuclear agency spokesman, said of the episode in a recent interview.

These incidents are now all being seen in a new light, as information is mounting from investigators that the terrorist network that hit Paris and Brussels may have been in the planning stages of some kind of operation at a Belgian nuclear facility.

Three men linked to the surveillance video were involved in either the Paris or the Brussels attacks.

Ibrahim and Khalid el-Bakraoui, the brothers who the authorities say were suicide bombers at the Brussels airport and subway station, are believed to have driven to the surveilled scientist’s home and removed a camera that was hidden in nearby bushes. The authorities believe they then took it to a house connected to Mohammed Bakkali, who was arrested by the Belgian police after the Paris attacks and is accused of helping with logistics and planning. The police found the videocamera during a raid on the house.

Experts say the most remote of the potential nuclear-related risks is that Islamic State operatives would be able to obtain highly enriched uranium. Even the danger of a dirty bomb is limited, they said, because much radioactive waste is so toxic it would likely sicken or kill the people trying to steal it.

Cheryl Rofer, a retired nuclear scientist at the Los Alamos National Laboratory and editor of the blog Nuclear Diner, said Belgium’s Tihange nuclear plant has pressurized water reactors, inside a heavy steel vessel, reducing the danger that nuclear fuel could leak or spread. She said that the Brussels bombers’ explosive of choice, TATP, might be able to damage parts of the plant but that the damage would shut down the reactor, limiting the radiation damage.

And if terrorists did manage to shut down the reactor and reach the fuel rods, they would have to remove them with a crane to get the fuel out of them, Ms. Rofer said. And then the fuel would still be “too radioactive to go near — it would kill you quickly.”

While experts are doubtful that terrorists could steal the highly enriched uranium at the Mol reactor without alerting law enforcement, some nuclear scientists do believe that if they could obtain it, they could recruit people who know how to fashion a primitive nuclear device.

Matthew Bunn, a specialist in nuclear security at Harvard’s John F. Kennedy School of Government, said another worry was the byproducts of the isotopes made at Mol, such as Cesium-137.

“It’s like talcum powder,” he said. “If you made a dirty bomb out of it, it’s going to provoke fear, you would have to evacuate and you have to spend a lot of money cleaning it up; the economic destruction cost could be very high.”

The discovery of the surveillance video in November set off alarm bells across the small nuclear-security community, with fresh worries that terror groups could kidnap, extort or otherwise coerce a nuclear scientist into helping them. The official whose family was watched works at Mol, one of five research reactors worldwide that produce 90 percent of the radio isotopes used for medical diagnosis and treatment.

Professor Bunn of Harvard noted that the Islamic State “has an apocalyptic ideology and believes there is going to be a final war with the United States,” expects to win that war and “would need very powerful weapons to do so.”

“And if they ever did turn to nuclear weapons,” he added, “they have more people, more money and more territory under their control and more ability to recruit experts globally than Al Qaeda at its best ever had.”