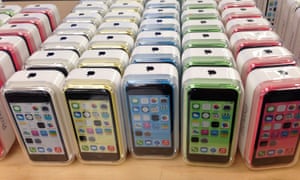 If the FBI wins in its case against Apple to help it unlock the San Bernardino killer’s iPhone 5C, it won’t be long before the government forces Apple to turn on users’ iPhone cameras and microphones to spy on them, according to the company’s head of services Eddy Cue.

The FBI has demanded that Apple creates custom software that bypasses certain security features of the company’s iOS to allow law enforcement to brute force the passcode of the gunman’s iPhone 5C.

But according to Apple, making the modifications necessary in this case would set a dangerous precedent in offering backdoors into users’ smartphones.

Cue said to Univision: “Someday they will want [Apple] to turn on [a user’s] camera or microphone. We can’t do that now, but what if we’re forced to do that?

“Where will this stop? In a divorce case? In an immigration case? In a tax case? Some day, someone will be able to turn on a phone’s microphone. That should not happen in this country.”

The FBI is trying to access the locked iPhone of one of the San Bernardino killers and insists it needs Apple’s due to the software protections built into iOS, which require Apple’s unique signature.

But security expert and NSA surveillance leaker Edward Snowden recently said that the FBI’s assertions that only Apple has the capability to unlock the phone is “respectfully, bullshit”.

Other security researchers have said that for Apple to modify the iOS software of the iPhone 5C to allow the FBI to guess the passcode via a machine without losing data would be a slippery slope.

Apple has the backing of the majority of the technology industry, including Microsoft, Twitter, Facebook and Google, which makes the most-used smartphone operating system, Android.

The case will come to a head this month when Apple and the FBI go to federal court to contest the order. The US government was recently dealt a blow in a similar but unrelated case over the unlocking of an iPhone in New York, which it is currently appealing against.

Read More:Big Brother: Soon Your Smartphone Will Recognize Your Face And The Objects Around You