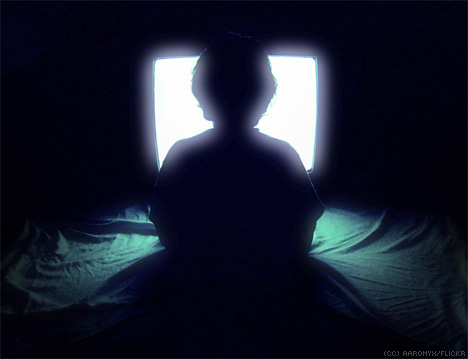 You might not have noticed vampires, Satanism and zombies on any elementary or junior high school curriculum, but your kids are probably so well versed they could pass a final exam in flying colors. The reason is simple – young adult fantasy has a basic menu replete with occult, witchcraft, Satanism, paganism, vampires, zombies, Greek mythology and similar fair. It might not be required reading or viewing, but it’s being marketed and targeted to teens who compulsively consume it with their insatiable appetite for fantasy.

As a concerned parent and as a TV executive that works with content on a daily basis, I found this situation extremely disconcerting. Why should our kids be fantasizing about werewolves, gruesome zombies or Greek pagan gods (i.e. the highly popular ‘Percy Jackson’ series) especially when they can find truly awesome content with life altering wisdom that’s even MORE entertaining in the Hebrew Bible? While that might sound like the wishful thinking of a predisposed parent, I do not use the word ‘entertainment’ lightly.  I’ve launched 10 television channels into as many as 120 countries and value entertainment through the professional lens of Nielson’s ratings and Box Office ticket sales. Interestingly enough, successful entertainment is almost always based on the industry adage that ‘Content is King’.

Yet, the Hebrew Bible possesses the all-time greatest source for content and it’s either completely overlooked, barely browsed or deliberately shunned. This is a great loss. There’s a massive untapped treasure chest of universal content that has all the entertainment dynamics to captivate the imagination of the world. Point in fact, every few years Hollywood will produce a blockbuster based on one of the more famous Biblical epics, but that doesn’t even scratch the surface. There’s literally a daunting amount of fantastic, mysterious and sensational content that is completely underexposed and that is what motivated me to write the Elisha Davidson trilogy. I wanted kids and young adults to be inspired by the truly phenomenal and to expose their imaginations to a source of life-enforcing light rather than steep it in violent occult darkness.

Of course, the Elisha Davidson trilogy is a fantasy story, but instead of ‘Hogwarts School of Witchcraft and Wizardry’ or the never-ending variations of Transylvania High, the backdrop is Jerusalem, Biblical legacies and personalities. In fact, every page was created with meticulous adherence to authentic scriptural sources which are honestly so wondrous and compelling in their own right that vampires and zombies pale alongside it.

You might wonder: can this positive oriented content truly compete against the allure of the dark arts? Well, it does have to be packaged with the genre’s regalia of action, suspense and adventure, and then the answer is a resounding ‘yes’. The most encouraging reinforcement I’ve had is from the kids themselves. It’s wonderful to see how they get so wrapped up and excited about the stories.

I don’t think it matters how old or young you are, we all love to be transported into powerful and wondrous new worlds. With Elisha Davidson, the one BIG difference just might be whether you’re delving into fantasy or quite possibly discovering the real thing.
Original Article: http://www.breakingisraelnews.com/62822/blogs-raising-our-kids-vampires-satanism-zombies-paganism/#hDhAIsl1xbSHWRAZ.99