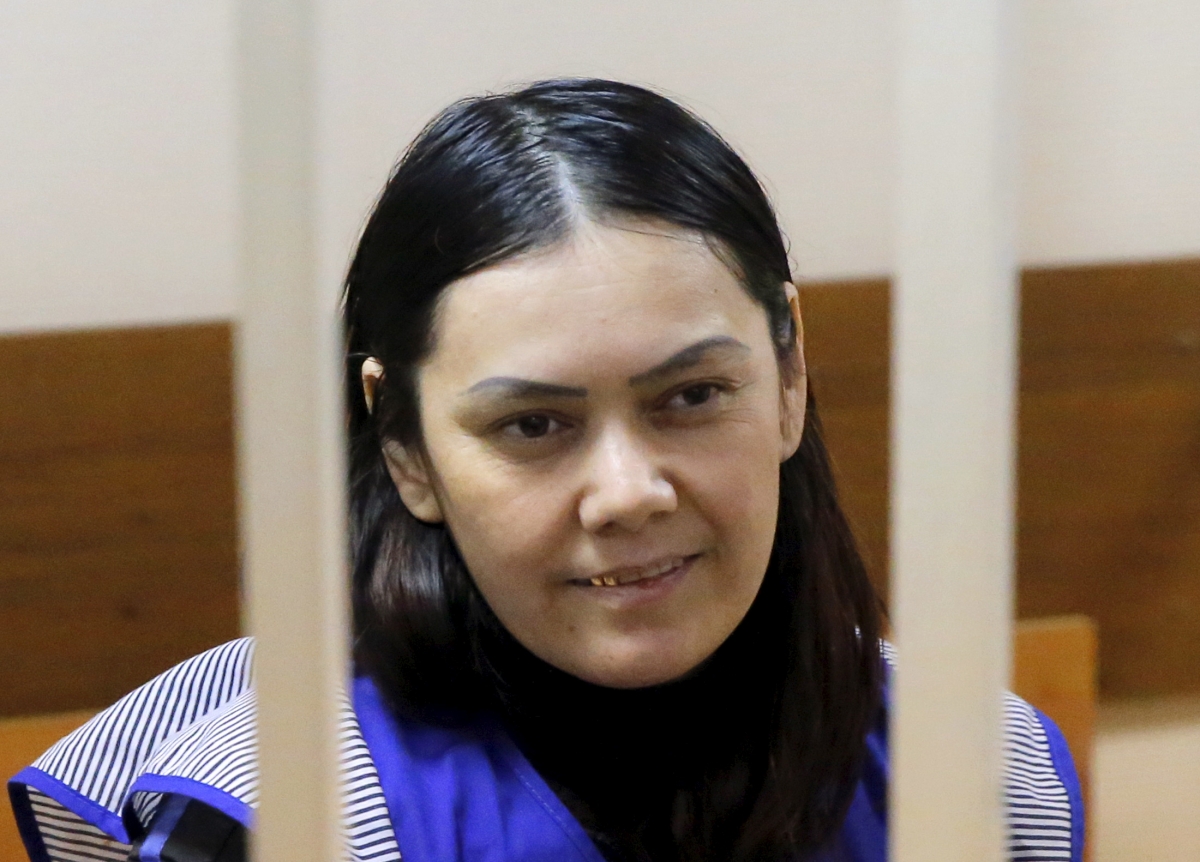 Moscow (AFP) – A nanny accused of decapitating a young girl in her care then walking through the street brandishing the head, on Wednesday said “Allah ordered” the killing as she appeared at a Moscow court.

Suspect Gyulchekhra Bobokulova from Muslim-majority Uzbekistan — whom the press have dubbed “the bloody nanny” — was detained on Monday as she was waving the child’s severed head outside a metro station in northwestern Moscow. She was sent for psychiatric examinations.

“It was what Allah ordered,” the 38-year-old told journalists as she was brought into the district court to have her arrest confirmed and extended.

With shoulder-length black hair parted in the centre, she wore a royal blue pinafore over a black tracksuit top.

At times, she smiled, other times she grimaced, flashing a few golden teeth.

Speaking in broken Russian from the suspect’s cage, Bobokulova said: “Allah is sending a second prophet to give news of peace” and also complained that she was “hungry”, had not been fed and would “die in a week”.

“Hi to everyone,” said the mother-of-three, waving at the crowd of journalists in the courtroom.

Investigator Olga Lapteva, who was clearly emotional, told the court that Bobokulova was suspected of committing an “extremely serious crime” and that she should face “a mandatory prison sentence of considerably more than three years.”

The court confirmed the nanny’s arrest and ordered her held in custody for two months as investigations continued.

Investigators would push to have Bobokulova charged on March 4, Lapteva said.

A man places a toy at the site, where a woman suspected of killing a child aged three or four was de …

Investigators are trying to establish whether Bobokulova had any accomplices.

State news agency RIA Novosti, citing a law enforcement source, said Bobokulova had recently been brainwashed by her Tajik lover, who was apparently a radical Muslim himself.

The mass-circulation Moskovsky Komsomolets, citing Uzbek police, said the woman had suffered from schizophrenia for about 15 years.

Bobokulova has been undergoing psychiatric examinations since her detention over the murder of the girl, Nastya, whom the judge said was born in 2011. Investigators had initially estimated she was three or four years old.

She is suspected of butchering the girl, who had suffered from learning disabilities and epilepsy, at the family’s apartment in northwestern Moscow, before torching it and fleeing the scene.

Witnesses reported seeing an agitated woman dressed in black who threatened to “blow everyone up,” with one media report saying she shouted “Allahu Akbar” — Arabic for “God is greatest” — as she paced up and down outside a metro station.

– Fundraising for the family –

The shocking incident has shaken usually hard-bitten Muscovites and people have flocked to the Oktyabrskoe Pole metro station to lay flowers and pray.

A friend of the bereaved family, Andrei Mishchenkov, said on Facebook that some 2.5 million rubles ($33,780/31,000 euros) had so far been collected from the public in a drive to help the parents.

Russia’s national television channels have refused to cover the killing in a controversial move that the Kremlin defended, saying the subject was “probably too monstrous to be shown on television”.

Some have questioned the professionalism of police after Bobokulova was allowed to pace up and down outside the metro station with the head for about 20 minutes.

A spokeswoman for the Office of the General Prosecutor said a probe would be launched into the matter.