Large tornados ripped through the Texas panhandle on Monday night, including one estimated to be a mile wide that reportedly leveled a Halliburton plant, causing chemical and gas leaks. Downed power lines were also reported.

According to ABC 7 Amarillo, the Halliburton plant in Pampa, Texas was “completely leveled.”

As of yet, no injuries have been reported and the building itself was empty when the tornado struck, according to KAMR News. Many cars were outside of the facility, however.

There was concern that radioactive materials might have been released, but officials later said there was no spill, KAMR reported.

A Potter County hazmat team is responding to the scene, as are fire officials from multiple departments, ABC 7 reported.

Meanwhile, a BNSF train has also derailed near Pampa as a result of the storm, ABC 7 reported.

Roberts County Sheriff’s Department has confirmed that several rail cars were blown over during the severe weather.

According to the Sheriff’s office, four cars derailed when the storm pushed the train off the tracks. Officials said no injuries have been reported so far, but emergency services are struggling to reach the area due to downed power lines.

Additionally, there have been reports of damaged houses and cars. 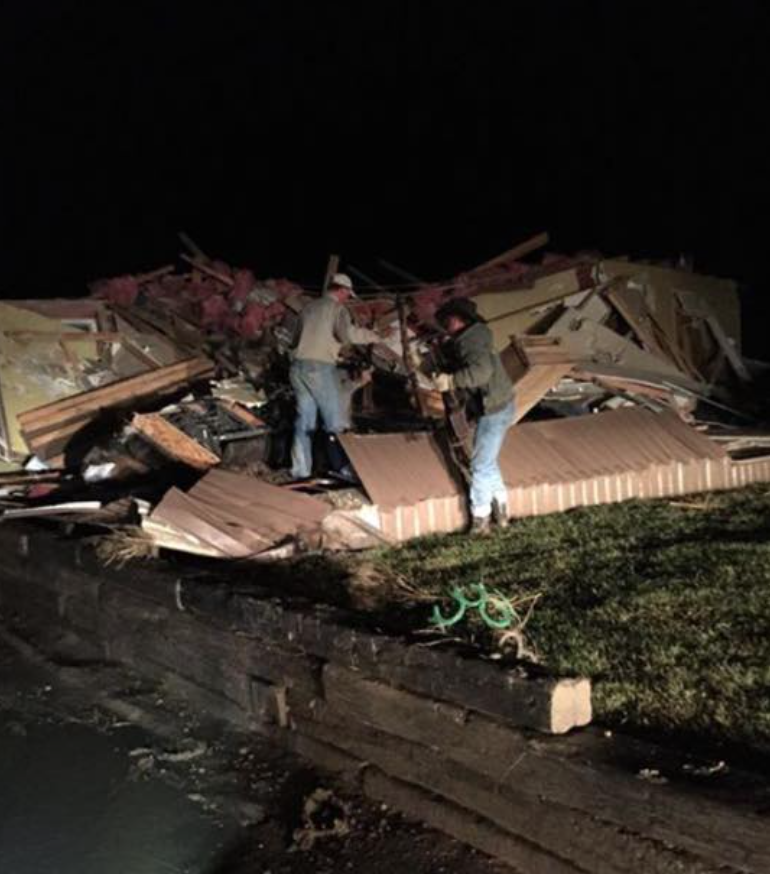