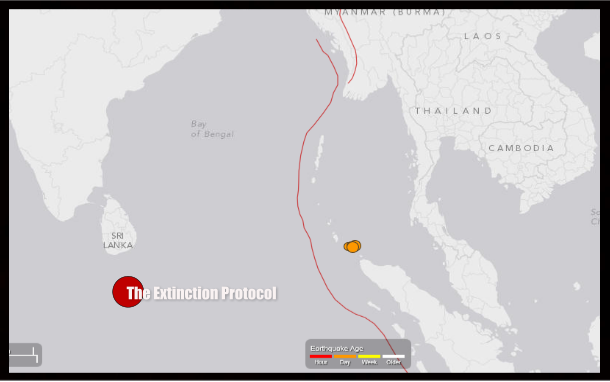 November 2015 – NICOBAR ISLANDS – The region yesterday saw nine quakes, of these, one was recorded in North Sumatra region in Indonesia while others have been recorded in and around the Andaman and Nicobar islands. According to the National Seismological Division, a body under the Ministry of Earth Science that tracks seismic activities, three jolts were recorded today which measured 4.9, 5.1 and 4.9 respectively on the Richter scale. All earthquakes were recorded at a depth of 10-60 kilometers.

The area around the Andaman and Nicobar Islands and the Indonesian archipelago is known to be a high seismic zone and often records tremors. This is also the region which witnessed a massive arthquake in 2004 that resulted in tsunami which killed 280,000 people across India, Indonesia, Thailand and Sri Lanka. Prof Kusalaraj, a scientist at the Centre for Earth Science at the Indian Institute of Science, Bangalore, said this may the result of 2004 earthquake as the some “adjustments” keep happening beneath, years after a major quake strikes a region.

She also cited that adjustments could still be seen happening in Chile and Alaska when two major earthquakes struck in 1960s. “The Andaman-Sumatra subduction zone has been experiencing an earthquake swarm activity starting on November 8 extending on to November 9. The activity seems to be a byproduct of the India-Eurasia convergence along the Sunda trench. Although such swarms are rare, them happening during the relaxation phase of a great earthquake (2004) is not very surprising. I do not see any big concern. “The swarm is seen to be growing north of Sumatra and south of the Nicobar Islands. The largest of the events (6.4) occurred on November 8, following which the events have been lower in magnitude,” Kusalaraj said. –Economic Times of India