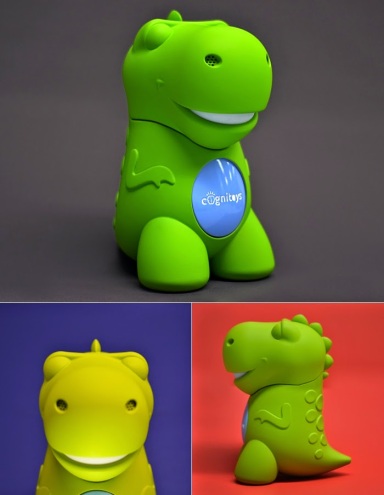 Almost everyone had at least one toy that they would talk to as a child and imagine the responses from the other side.

Well, those days might be well and truly in the past as toys loaded with complex artificial intelligence are all set to be the biggest rage this holiday season.

A number of companies, including Mattel, one of the biggest toy companies in the world, have embraced technology that will allow the toys to understand, learn about and respond to the children that play with them.

Mattel has teamed up with ToyTalk to use its proprietary software in their immensely popular Barbie Dolls.

These dolls will have a button on their belt buckle which starts recording audio which, in turn, relays back to company servers to choose ‘intelligently’ between 8000 responses appropriate for children between 3 and 9.

These dolls also have the ability to remember where they left off the conversation, whether the child has any siblings or when the child played with the toy last. Prices begin at $74.99 so expect to hear a lot more about them soon.

Another company, Elemental Path is set to release a talking dinosaur which will harness the power of the IBM Watson artificial intelligence system. This toy generated a lot of interest on Kickstarter raising close to $275,000 from early backers.

This gives you an indication of the kind of interest there is out there for such toys. The distinguishing feature of this toy is that it has the ability to learn and adapt to the child over a period of time. Its connection to Watson gives it access to an unlimited knowledge base and it can package this knowledge to match the cognitive abilities of the child.

Theoretically, this toy has the capability to ‘grow up’ with the child.

Google, one of the leaders in AI and home automation also patented similar technology where a teddy bear, able to understand voice commands and gestures, is at the heart of a sophisticated automated system to monitor your home and its appliances.

While all of this sounds fascinating and will no doubt enthrall a child, as an adult it raises a few alarms. Do you really want your young child to be monitored constantly by an internet connected toy that is learning and recording things that might be stored for years to come in some massive database?

Legal questions about the privacy of children have already been raised and they bring up some extremely valid points.

How many times were you assured that your credit card/email/social media/healthcare records had an impenetrable defense?

History has taught us that any database of information is like a treasure trove to hackers, who almost always succeed in breaching security. Even the most secure facilities in the world, such as the Pentagon and nuclear facilities, have experienced hacking attempts.

What if the database collecting your child’s data were hacked? Even worse, what if these devices could be hacked for two-way communication?

It may seem paranoid, thinking about everything that could possibly go wrong, but we have seen such things happen with other Internet connected devices at home such as TV’s and even baby monitors.

Researchers had previously found that the Phillips In.Sight B120 baby monitor had a direct, unencrypted connection to the Internet. That could allow a hacker to watch its video stream online, as well as remotely access the camera itself and change its settings. There is no doubt that toys are evolving and getting smarter.

Any technology takes a few generations to mature and have the kinks worked out and this will be no different.

Where the privacy and well-being of children is concerned, toy companies and parents should proceed with caution this Christmas season.