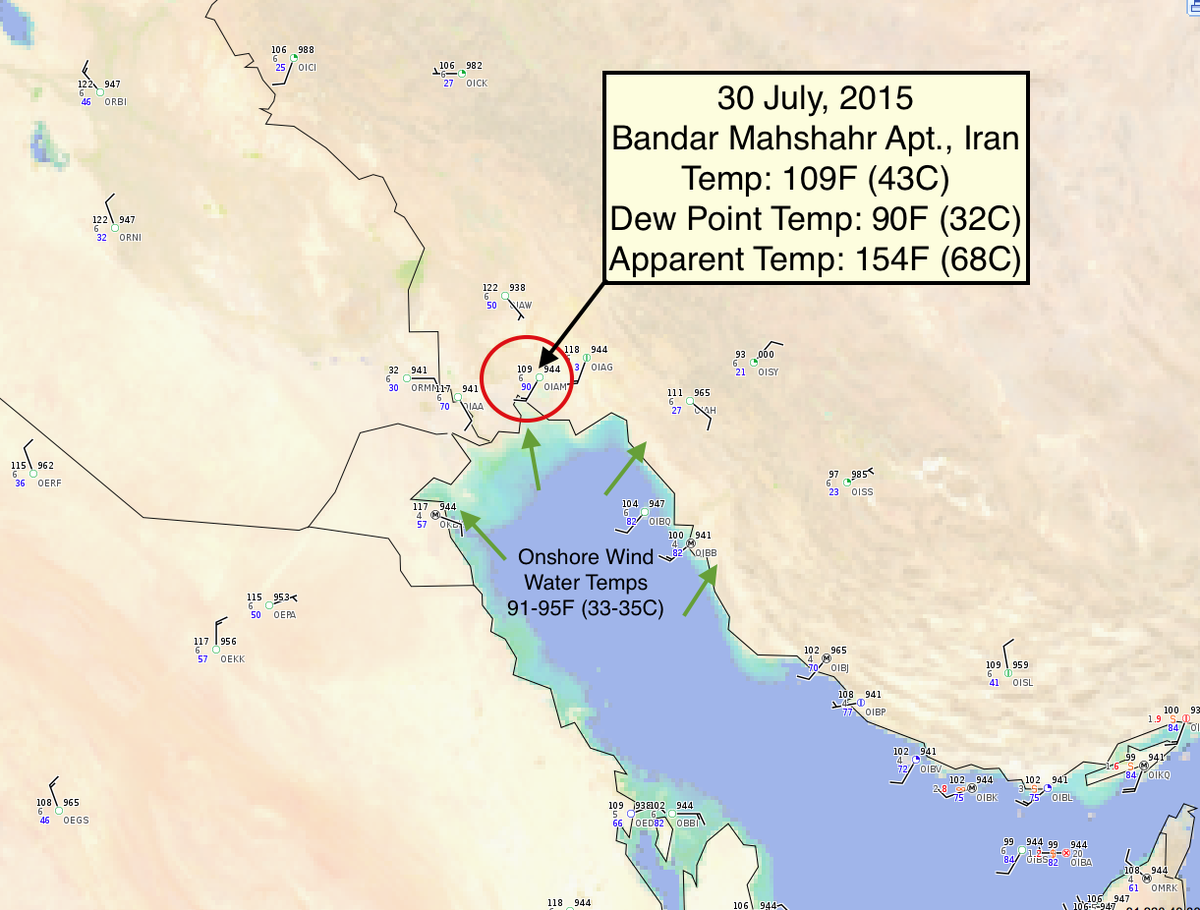 Wherever you live or happen to travel to, never complain about the heat and humidity again.

Its actual air temperature was 109 degrees (42.8 Celsius) with an astonishing dew point temperature of 90 (32.2 Celsius). (If you use NOAA’s calculator, that actually computes to a heat index of 159 degrees).

Bandar Mahshahr sits adjacent to the Persian Gulf in southwest Iran where water temperatures are in the 90s. Such high temperatures lead to some of the most oppressive humidity levels in the world when winds blow off the water.

The highest known heat index ever to be recorded, according to weather historian Christopher Burt, is in the 155-160 degree range. In his book Extreme Weather, Burt says Dharhan, Saudi Arabia, also on the Persian Gulf, logged a heat index of around 155-160 degrees on July 8, 2003. Its air temperature was 108 degrees, with a dew point of 95.

This week, on top of the humidity, a punishing heat wave has engulfed the Middle East.

Today, Baghdad soared to 122 degrees (50C) – though the dew point was a lowly 44 given its desert environs. That combination produced a heat index of 115 – the dry air taking a slight edge off the blistering temperatures.