The Earth is being battered by a huge solar storm, which could disrupt the power grid and GPS as well as letting people see beautiful auroras.

A potent blast of magnetic plasma shot out of the sun on Sunday, travelling faster than usual, according to the US National Oceanic and Atmospheric Administration (NOAA). It brought with it the biggest solar storm at least since March, and perhaps since September 2005.

The solar weather brought with it aurora — spectacular lights that could be seen over the US overnight. Their effects were spotted and shared by Scott Kelly, an American astronaut who is currently on the International Space Station.

Aurora are caused by the way that the storm interacts with the top levels of our atmosphere. The red colour tends to come only during the most intense solar activity, and happens at the highest part of the atmosphere. 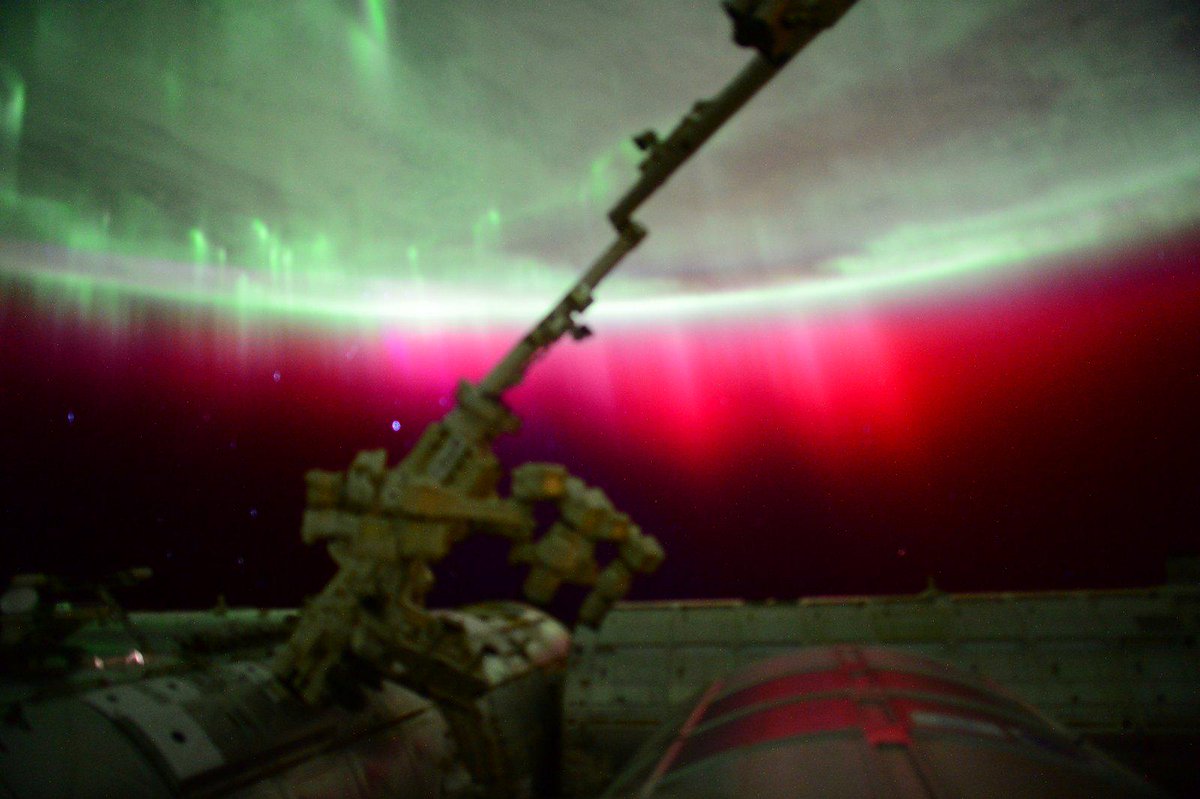 Solar storms can disrupt communications, navigations systems, the power grid and other systems that rely on radio communications, but there were no reports of damage, according to NOAA space weather physicist Doug Biesecker. It was likely that important systems like the electrical grid saw current fluctuations, but they have been built to be able to handle such disruption. 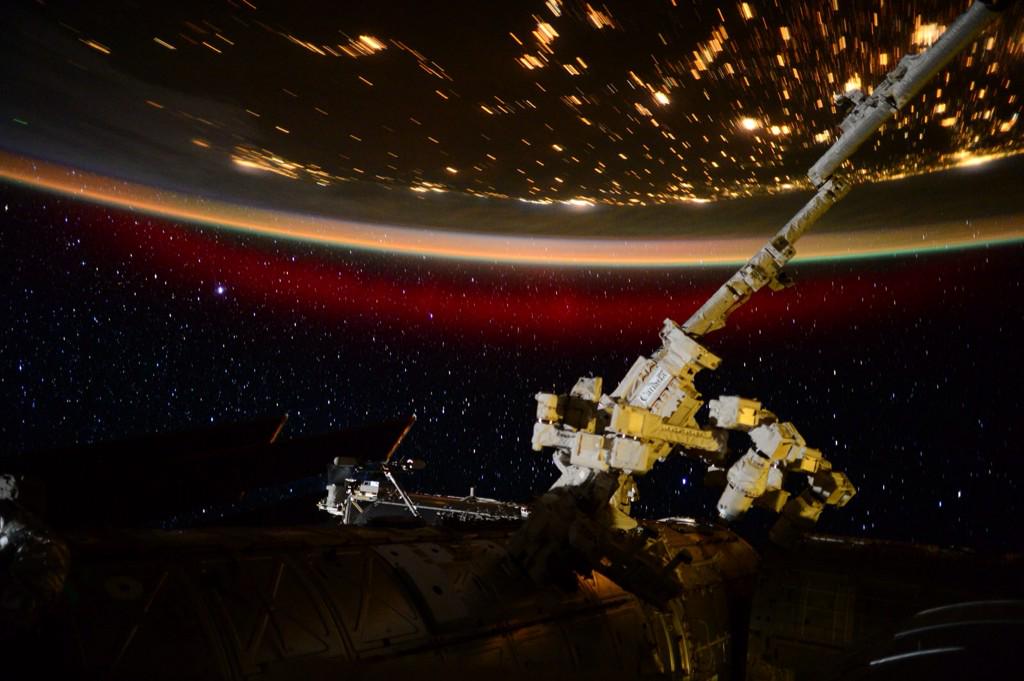 The storm arrived on Monday afternoon and could last up to a day or even longer.

Solar storms and wind are caused when the sun shoots out a big burst of gas and magnetic fields, which then travel through the solar system and hit Earth. They can cause huge disruption when they hit the Earth, but their force and effects vary.