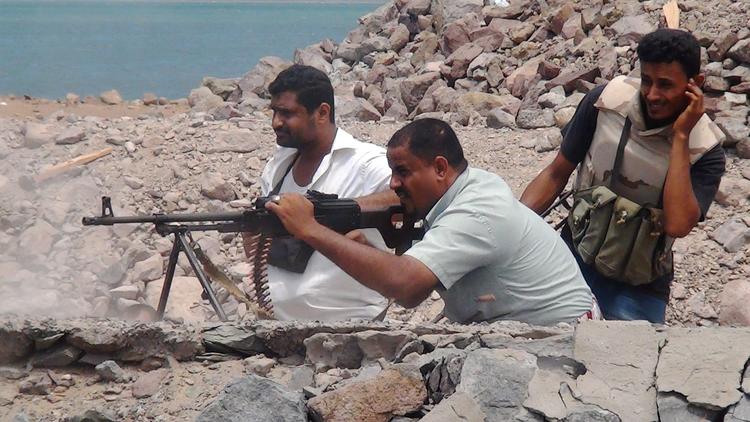 A shadowy new pro-government force has been deployed in the embattled Yemeni port city of Aden, according to reports Sunday, sparking speculation that ground troops from the Saudi-led coalition may have joined the battle against Houthi rebels and their allies.

Saudi Arabia, however, denied that it had sent ground forces to Aden or any other part of Yemen.

The deployment of Saudi troops in Yemen would mark a major escalation in the war.
Yemen conflict
Supporters of exiled Yemeni President Abdu Rabu Mansour Hadi continue to clash with Shiite Houthi rebels in Aden, Yemen, on Sunday. 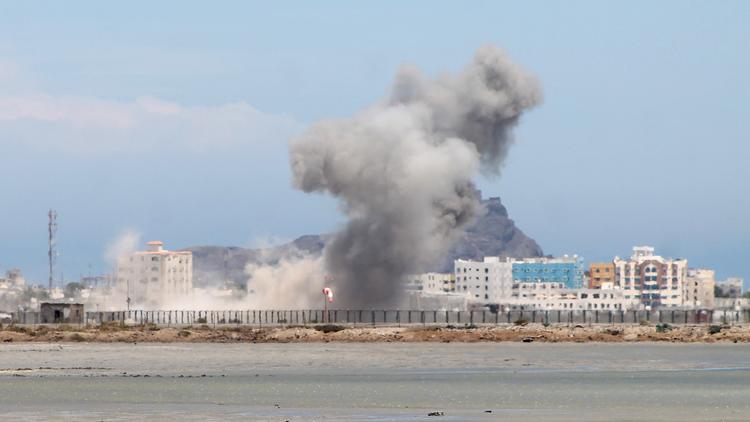 The new fighting unit in Aden joined members of what is known as the Southern Resistance Committees, an anti-Houthi armed group, the resistance faction said. The new force reportedly includes special forces operatives.

Ali Ahmadi, spokesman for the pro-government committees in Aden, said in a phone interview on Sunday that the force was “engaged in the fights and confrontations in areas near and around Aden airport” against troops loyal to former Yemeni President Ali Abdullah Saleh.

“There are no foreign forces in Aden, but the coalition continues to help fight against the Houthi militia,” Brig. Gen. Ahmed Asiri, a spokesman for the Arab coalition, said in a statement Sunday.

The Saudi-led coalition of Arab states has been conducting airstrikes targeting Houthi positions in Yemen since March. The alliance receives logistical assistance from the United States and other Western allies.

It is unclear whether more than a month of airstrikes have blunted the military capabilities of the Houthis, who seized Sana in September and later sought to expand their presence elsewhere in the country, prompting the Saudi response. The Houthis, a northern-based group, have accused Saudi Arabia of meddling in Yemen’s internal affairs and helping Al Qaeda. Saudi officials say their aim is to help the Yemeni people.

Aid groups say the Saudi bombardment has helped trigger a humanitarian disaster in the Arab world’s poorest nation. Since the airstrikes began, humanitarian groups say, more than 1,000 Yemenis have been killed, many of them civilians. Thousands more have been injured. Advocates have warned that the situation is quickly deteriorating and that getting aid to areas where it is needed is becoming more difficult.

On Sunday, Human Rights Watch said that the Saudi-led coalition had probably used cluster bombs, banned by most nations, in its assault against the Houthis. There was no immediate comment from Saudi officials.