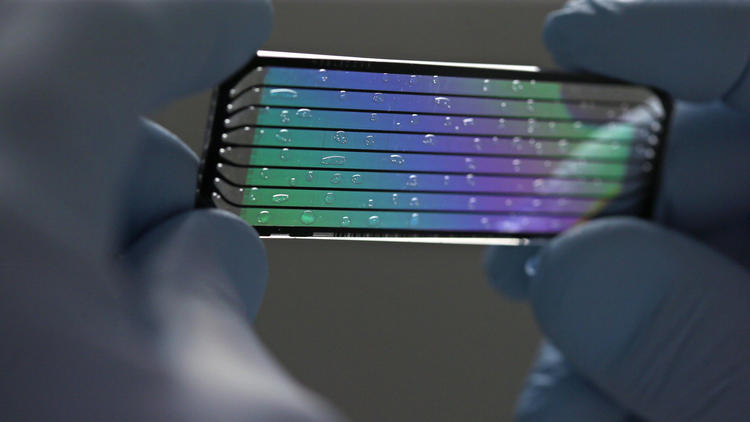 It’s a scenario that has haunted biologists since the dawn of the DNA age: the evil scientist custom-crafting a human being with test tubes and Petri dishes.

So when a Chinese team revealed last month that it had used a new laboratory technique to alter a gene in human embryos, it set off an urgent debate over the ethics — and wisdom — of tinkering with the most basic building blocks of life.

The technology makes genetic manipulations that were theoretical in the past seem easy to achieve — and soon.

If scientists figure out how to do it in a way that’s safe for patients, gene editing could produce tremendously beneficial medical treatments. The Chinese researchers, for instance, were trying to repair a defect that causes beta thalassemia, a potentially fatal blood disorder.

But a simple way to alter DNA could open the door to more frightening eugenic pursuits. That makes people nervous.

In the last few months, many researchers have come to realize that the new gene editing tool, known as CRISPR/Cas9, might provide an easy means for molding a person when he or she is just a single-celled embryo.

CRISPR/Cas9 makes it possible for nearly any scientist to edit DNA in nearly any cell. In the last couple of years, scientists have used it to edit genes in adult human cells, including bone marrow cells that may be modified to make people resistant to HIV. Researchers have also used it on animal embryos, including an experiment that proved it was possible to create primates with customized versions of genes involved in immune function and metabolism.

With thousands of labs using the technology, it seemed inevitable that someone would try it on human embryos.

That’s troubling to many scientists because, unlike edits to a bone marrow cell, alterations in a single-celled embryo would be copied into all the rest of the embryo’s cells as it developed — and passed down via sperm or egg to the embryo’s children, grandchildren and generations beyond.

Before the Chinese study appeared in the journal Protein & Cell, top scientists had already called for a high-level summit to hash out the ethical issues raised by this sort of research. The goal is to make sure gene editing in embryos isn’t used prematurely in patients, or employed to create genetically enhanced humans. Some experts say use of CRISPR/Cas9 on human embryos should be put on hold until these hard questions can be addressed.
Millions of DNA samples stored in warehouse worry privacy advocates

“We’ve got to take this seriously,” said Caltech biologist David Baltimore, who won a Nobel Prize for his early work on the genetics of viruses that cause cancer.

The potential to make permanent changes to DNA that are passed from generation to generation has been recognized for decades. Although the risks were clear, the urgency was lacking.

“It was logistically so complex that there was no clear path forward, so we didn’t worry about it a lot,” Baltimore said. “Now it’s here.”

Scientists have made steady progress in their ability to edit DNA, but the CRISPR/Cas9 system marks a major advance in ease and flexibility of use.

The system occurs naturally in bacteria and helps them fight invading viruses. It uses strands of RNA called clustered regularly interspaced short palindromic repeats, or CRISPRs, to direct DNA-chopping enzymes from the Cas protein family to sever the viral genome.

About three years ago, microbiologists and bioengineers realized the system could be deployed to edit DNA in many organisms. If there was a specific spot in the genome they wanted to target, all they’d have to do is design the right CRISPR machinery to get to that location, a relatively straightforward task.

Once in place, a specially engineered Cas enzyme could latch on and cut the DNA strand, allowing scientists to correct the mistake. Some researchers have adapted the system to repress or activate genes; others, to make insertions.

The CRISPR/Cas9 method is much simpler — and cheaper — than earlier gene editing technologies in which scientists had to synthesize complex proteins to carry out the same work. Some experts predict that the scientists who figured out how to use CRISPR/Cas9 to edit genes will win a Nobel Prize for their discovery.

The Chinese researchers, from Sun Yat-sen University in Guangzhou, were attempting to modify a mutant form of a gene called HBB. Certain mutations prevent people from producing enough hemoglobin to transport oxygen through the bloodstream, resulting in beta thalassemia. The team wanted to see whether they could delete the mutated portion of HBB and replace it with the correct DNA.

To make sure their experiments wouldn’t result in genetically engineered babies, they used single-cell embryos rejected by fertility clinics that weren’t viable because they had been fertilized by two sperm.

They are hardly the only ones attempting to edit genomes for the sake of human health. Uptake in labs has been so enthusiastic that CRISPR has become a verb, a la Google.

Some of the enthusiasm turns to concern, though, when it comes to making DNA changes that would be passed on to future generations.

A recent commentary in the journal Nature laid out a variety of potential problems. Mistakes might occur in the editing process that could result in severe birth defects. Successful edits could affect other parts of the genome that were meant to be left alone. It’s impossible to get consent from future generations who might inherit an altered gene. People could use gene editing for “non-therapeutic genetic enhancement” — making designer babies with blue eyes and high IQs.

The authors, worried that problems with embryo editing could derail work on gene therapies in general, called on scientists to cease all experiments that would affect multiple generations until discussions about safety and ethics were complete.

Those concerns were echoed a few weeks later in an essay in the journal Science that said embryonic gene editing experiments should be off-limits in clinical settings, such as fertility clinics.

The Chinese study bore out many people’s fears. Though the researchers were able to target the HBB gene, only rarely did the desired correction occur. Sometimes they made changes in the wrong places. Summing up their data, the team concluded that it was still too soon to use CRISPR/Cas9 to edit embryos in clinical settings.

“They ran into all sorts of problems,” Baltimore said. “It drives home that we’re not ready to do this.”

Most think that will change before long. With no international rules governing this research, scientists are scrambling to get guidelines in place. Dr. Francis Collins, director of the National Institutes of Health, announced last week that his agency would not fund gene editing experimentation involving embryos, which “has been viewed almost universally as a line that should not be crossed,” he said in a statement.

Baltimore, who is in favor of allowing the research, said gene editing could be put to great use for medical treatments — perhaps even in embryos, once it is proved safe and if there is no other way to circumvent disease.

“I’m not a believer that you should limit scientific capabilities,” he said. “I’d rather scientists decide how they should use it.”

Church predicted that worries about the technology would dissipate as people got more comfortable with gene editing.

He thought experiments using older DNA technologies — including recent work that sought to alter highly pathogenic H5N1 bird flu viruses to see whether they could become more contagious — were far scarier than what was likely to emerge from CRISPR.

Others aren’t so sure.

Knoepfler, who has been writing about the embryo editing discussions on his blog, thinks CRISPR/Cas9 use is advancing so quickly that it could render all the careful, considered ethical debates moot.

Someone might alter an embryo and implant it in a woman for what seem like good reasons but with insufficient regard for the potential risks. Or perhaps for glory — or money — someone will create what amounts to a GMO uber baby.