Gov. Jerry Brown, standing on a patch of brown grass in the Sierra Nevada that is usually covered with several feet of snow at this time of year, on Wednesday announced the first mandatory water restrictions in California history.

“It’s a different world,” he said. “We have to act differently.”

Brown was on hand Wednesday as state officials took stock of historically abysmal levels of snowpack in the Sierra Nevada amid the state’s grinding drought. It was the first time that a governor attended the measuring event, which has taken place at Lake Tahoe since 1942. 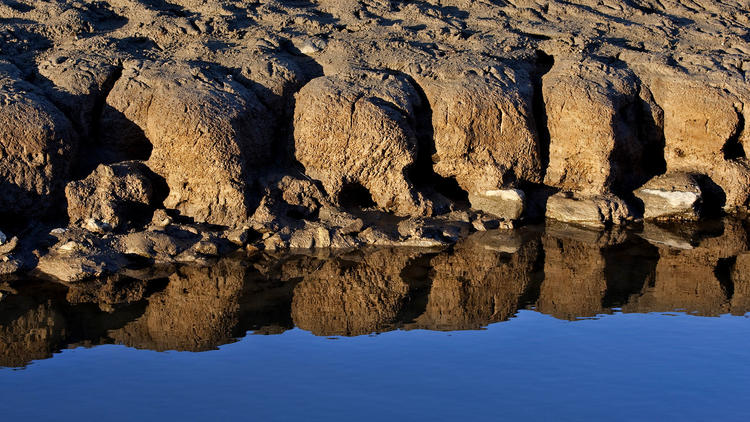 Brown ordered the California Water Resources Control Board to implement mandatory restrictions to reduce water usage by 25%. The water savings are expected to amount to 1.5 million acre-feet of water over the next nine months.

Other elements of Brown’s order would:

–Replace 50 million square feet of lawn statewide with drought-tolerant landscaping as part of a partnership with local governments.

–Create a statewide rebate program to replace old appliances with more water- and energy-efficient ones.

–Require new homes to have water-efficient drip irrigation if developers want to use potable water for landscaping.

–Ban the watering of ornamental grass on public street medians.

–Create a mechanism to enforce requirements that water districts report usage numbers to the state. 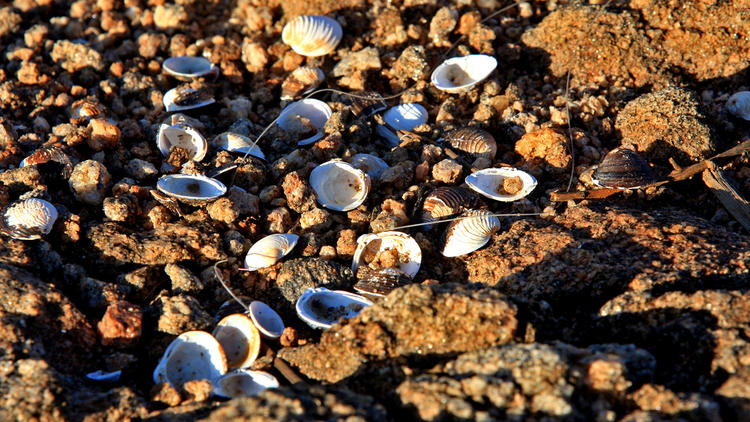 Brown said drastic changes were necessary because it’s unclear how long the drought will last, and the nearly nonexistent snowpack foreshadows another dry year. Cease-and-desist orders and fines could be issued to those who fail to comply with new restrictions, he said.

Electronic readings on Wednesday at about 100 stations across the Sierra showed that the water content of the snow was only about 5% of the state average for April 1, the date on which snowpack is normally considered at its peak. Official manual readings will be announced Wednesday afternoon.

“It is such an unprecedented lack of snow,” said Frank Gehrke, chief of the California Cooperative Snow Survey Program. He’s been attending the snowpack measurements since 1987 and said he had never before seen the ground barren of snow on April 1. “It’s way below the records.”

Early data show the snowpack is lower than any year since 1950, when record keeping began. Never before has the amount of water in the snow on April 1 dipped lower than 25% of the historical average for that day.

“This is such a growing crisis that mandatory conservation was absolutely necessary,” Gold said. 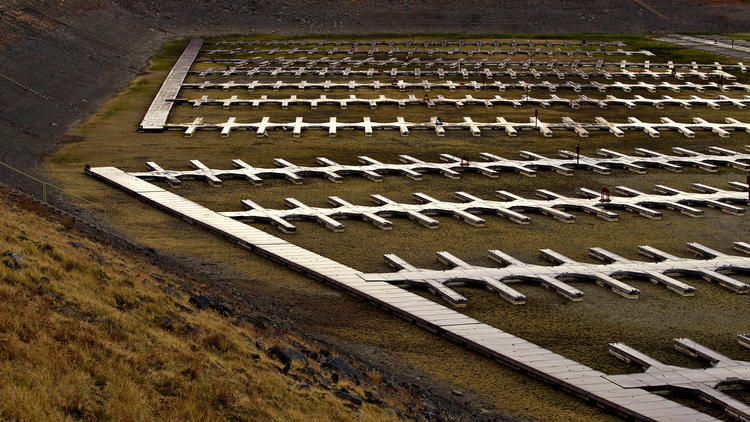 “In the midst of a severe drought, the governor continues to allow corporate farms and oil interests to deplete and pollute our precious groundwater resources,” Scow said in a statement.

“Golf is not any different than any other industry,” Kessler said. “We’re simply going to have to make the best of what Mother Nature, and lack of past planning has left us.” 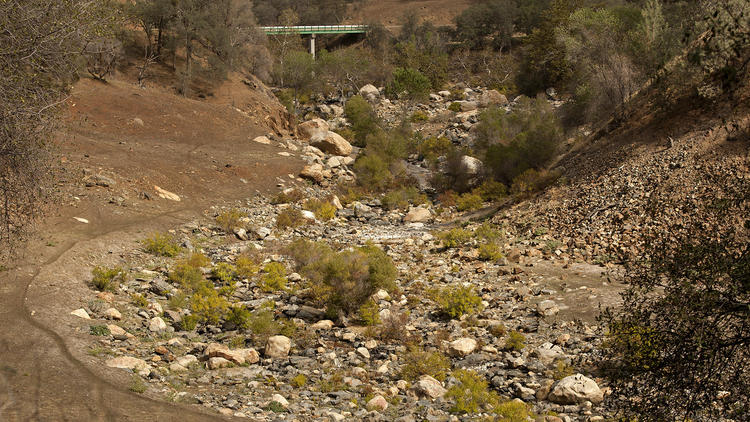 Snowpack accounts for about 30% of the state’s water supply. Other sources, including reservoirs and rainfall, have recently improved. Still, officials from the Department of Water Resources say the state of the snowpack, which melts and replenishes California’s reservoirs, means there will be virtually no runoff this spring or summer when the rain stops and temperatures rise.

Wednesday was the state’s fourth manual snow survey this year at Phillips Station, about 90 miles east of Sacramento. Carlson said he visited the area a few days ago. 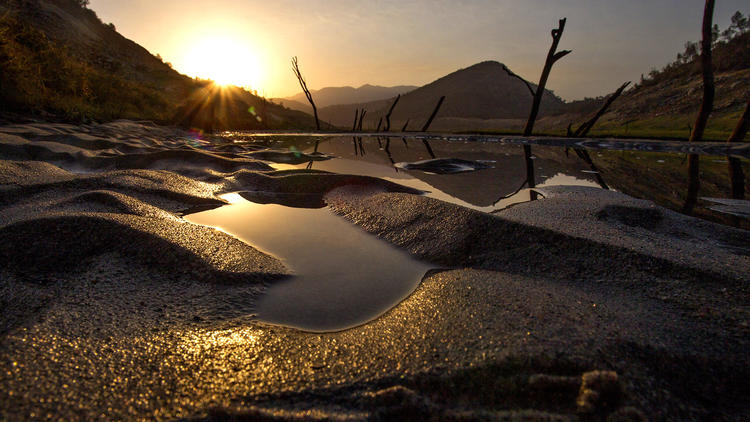 “I can tell you what the reading will be tomorrow: zero, as in Sierra Nada,” he said on Tuesday.

The station traditionally averages more than 60 inches of snow on April 1, he said.

The snow levels in the Sierra have declined each month since manual surveying began on Dec. 30. That initial electronic reading showed that the snow’s water content was 50% of normal for the date. A month later, the water content was down to 25% of average, and in March, it was only 19%.

“It does leave questions about where the water will come from,” Carlson said. “Will there be enough of it? It will probably have to come from groundwater again … and that brings in a whole other set of problems and complications since the groundwater seems to be over-tapped.” 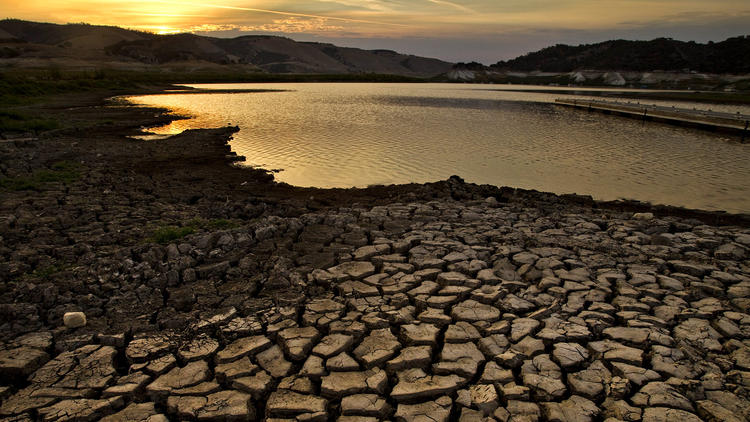 At the eight stations in the northern Sierra where the Department of Water Resources measures precipitation, about 32 inches of rain — 76% of average — has fallen since the water year began in October.

Sacramento has seen temperatures as much as 6 degrees above normal each month for the past 15 months, a National Weather Service spokesman said.

The rest of the state’s water picture, though, doesn’t look as dreary.

Major storms that hit California in December and February were warm, and fell as rain rather than snow. Though precipitation is below the state’s historical average, the northern Sierra stations have already gotten more rain since October than during all of the 2013-14 water year, which lasts from Oct. 1 to Sept. 30. 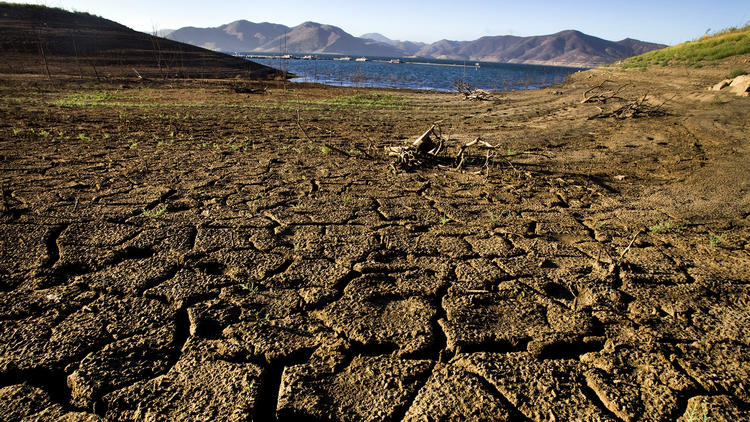 That rain has helped refill the state’s reservoirs. As of Monday, Lake Oroville — the keystone reservoir of the California State Water Project, which delivers water from Northern California to the south — was at 51% of its capacity, compared with 49% a year ago. Lake Shasta, the state’s largest reservoir, had about 150 billion gallons more water in it Monday than it did a year ago.

In early March, state officials also announced that customers of the State Water Project will get 20% of their contract requests, compared with only 5% in 2014.

But Central Valley farmers without senior water rights are likely to get no supplies from the valley’s big federal irrigation project for the second year in a row. And in April, the Metropolitan Water District of Southern California, which imports supplies from Northern California and the Colorado River, is expected to consider rationing regional water deliveries, as it did during the 2007-09 drought. That decision will have a ripple effect throughout the Southland as local agencies react, probably by increasing water rates and adopting stricter conservation measures.

In a first step toward bolstering such measures, the State Water Resources Control Board beefed up its emergency drought regulations this month, directing urban agencies to limit the number of days residents can water their yards.

The board also warned that it would impose tougher restrictions in coming months if local agencies don’t ramp up conservation efforts. 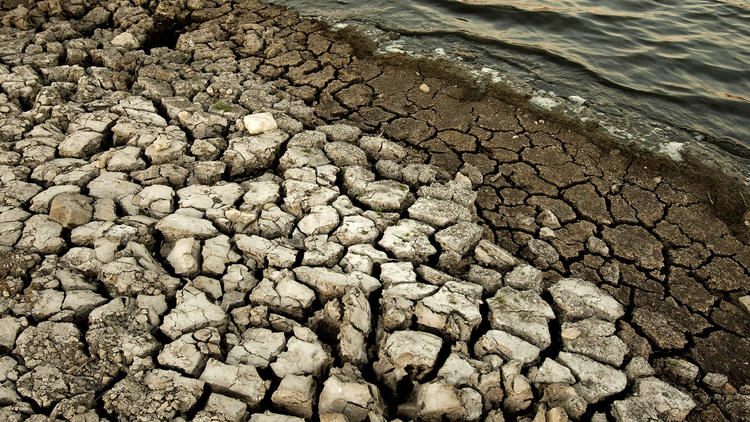 “We are not seeing the level of stepping up and ringing the alarm bells that the situation warrants,” Marcus said.

Brown and lawmakers have responded to the drought with new legislation, including a $1-billion plan the governor signed last week.

It includes $127.8 million for food and water supplies and immediate measures to protect the environment from the effects of the drought. Most of the funding is for long-term projects such as recycling sewage water, improving water treatment facilities and supporting desalination plants.