Ajit Pai, one of two Republican Commissioners on the Federal Communications Commission (FCC), inferred in a tweet that President Barack Obama’s secret, 332-page “Net Neutrality” document is a scheme for federal micro-managing of the Internet to extract billions in new taxes from consumers and again enforce progressives’ idea of honest, equitable, and balanced content fairness. 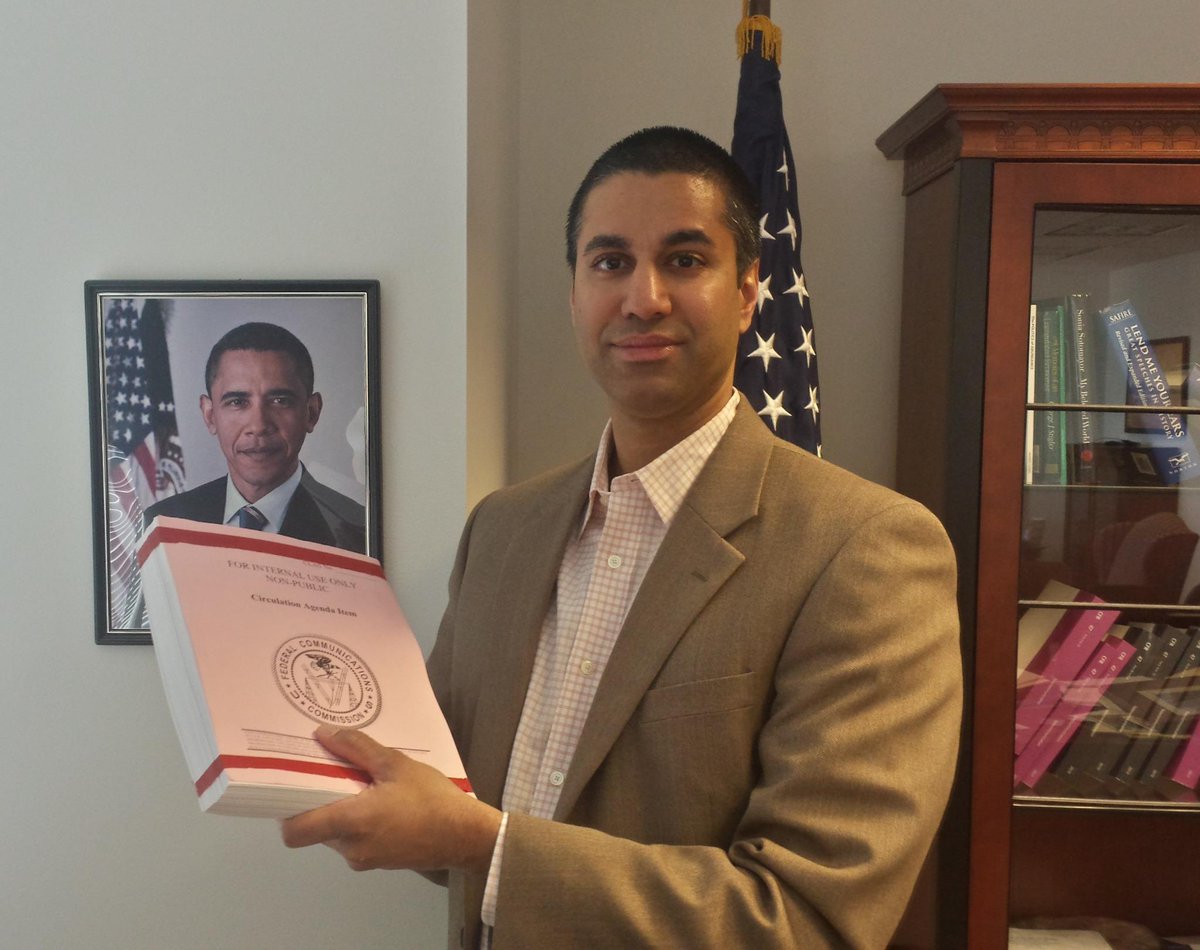 FCC Chairman Tom Wheeler recently acknowledged that the three Democrats on the commission had decided to avoid Congressional input regarding the Internet by adopting President Franklin Roosevelt’s 1934 Communications Act to regulate the Internet with the same federal control as the old AT&T customer monopoly. To make sure that libertarian advocates would remain in the dark, Wheeler “embargoed” release of any of the specifics in the new administrative “policy” that will act as law.

The FCC legislation that was passed eighty-one years ago by the most leftist Congress in American history to ban companies from participating in “unjust or unreasonable discrimination” when providing phone services to customers.

But in 1949, the Democrat-dominated Commission implemented the “Fairness Doctrine” that required holders of media broadcast licenses to present “issues of public importance” in a manner that is “honest, equitable, and balanced” in the “Commission’s view. It would take 39 years before a conservative Congress could overturn a policy that hijacked the mainstream media to kowtow to liberals or face loss of their licenses.

If the Internet economy was a country, it would rank fifth, behind only the U.S., China, Japan, and India. Economic activity on the Internet totals $4.2 trillion, and almost half of the earth’s 7 billion people are already connected to the Web.

Ajit Pai’s description of “President Obama’s 332-page plan to regulate the Internet” sounds Orwellian. He tweeted a picture of himself holding the 332-page plan just below a picture of a smiling Barack Obama with a comment, “I wish the public could see what’s inside.” The implication depicted Obama as George Orwell’s “Big Brother.”

Pai also released a statement: “President Obama’s plan marks a monumental shift toward government control of the Internet. It gives the FCC the power to micromanage virtually every aspect of how the Internet works,” he said. “The plan explicitly opens the door to billions of dollars in new taxes on broadband… These new taxes will mean higher prices for consumers and more hidden fees that they have to pay.”

Pai had previously observed that he was concerned about the plan would hinder broadband investment, slow network speed and expansion, limit outgrowth to rural areas of the country, and reduce Internet service provider (ISP) competition.

“The plan saddles small, independent businesses and entrepreneurs with heavy-handed regulations that will push them out of the market,” Pai said. “As a result, Americans will have fewer broadband choices. This is no accident. Title II was designed to regulate a monopoly. If we impose that model on a vibrant broadband marketplace, a highly regulated monopoly is what we’ll get.”

Pai’s confrontational comments came after FCC Chairman Tom Wheeler penned an op-ed in Wired Magazine detailing his spin on the core aspects of the Democrat’s desire to lump ISPs under the amended Title II of the 1996 Telecommunications Act — which was used to break-up the AT&T telephone monopoly into four regional Bell companies at the dawn of the digital age.

“Using this authority, I am submitthttps://wordpress.com/post/82432763/new/ing to my colleagues the strongest open internet protections ever proposed by the FCC,” Wheeler wrote on Wednesday. “These enforceable, bright-line rules will ban paid prioritization, and the blocking and throttling of lawful content and services.”

Pai responded that the “Courts have twice thrown out the FCC’s attempts at Internet regulation” during the Obama Administration. On January 14, 2014, the D.C. Federal Circuit Court of Appeals struck down most of the FCC’s November 2011 net neutrality rules. The Appellate Court vacated the FCC’s “anti-discrimination” and “anti-blocking” as essentially discriminatory and blocking in an attempt to again give the FCC political appointees the power to dictate what they believe is honest, equitable, and balanced.

Pai said that after a year of debates responding to the courts twice striking down FCC efforts to regulate the Internet, “There’s no reason to think that the third time will be the charm. Even a cursory look at the plan reveals glaring legal flaws that are sure to mire the agency in the muck of litigation for a long, long time.”

Pai promised he would make further comments as he reviews the plan himself in the next two weeks in the run-up to the FCC’s public vote on February 26. He has blamed the two Democrat Commissioners’ for their dismissal of any negotiations with Congressional Republicans in setting the “basic rules” governing Internet access.

As Breitbart has highlighted before, turning the Internet into a “telephone service” would “empower an intrusive public sector that thrives on high taxes, heavy-handed controls and the status quo.”