Mercury concentrations in tuna are increasing by nearly four percent a year, according to a new University of Michigan-led study, which suggests rising atmospheric levels of toxin are to blame.

Researchers came to this conclusion using the findings from three previously published reports, which studied yellowfin tuna caught near Hawaii in 1971, 1998 and 2008. In the studies, scientists tested the tuna’s muscle tissues, finding that nearly all of the mercury they detected was the toxic methylmercury.

As part of their reexamination of these studies, scientists included yellowfin tuna between 48 and 167 pounds and used a computer model that controlled for the effect of body size.

“The take-home message is that mercury in tuna appears to be increasing in lockstep with data and model predictions for mercury concentrations in water in the North Pacific,” said Paul Drevnick, an assistant research scientist at the U-M School of Natural Resources and Environment, in a statement. “This study confirms that mercury levels in open ocean fish are responsive to mercury emissions.”

Mercury is a potent toxin that can accumulate to high concentrations in fish and pose health risks to people who eat large, predatory marine fish such as swordfish and tuna. The US Food and Drug Administration and Environmental Protection Agency advises women of a child-bearing age, nursing mothers, and young children to avoid swordfish, shark and king mackerel, and to limit their consumption of tuna to 6 ounces per week. Consumption of large amounts of polluted fish can result in coronary heart disease and brain damage in children. 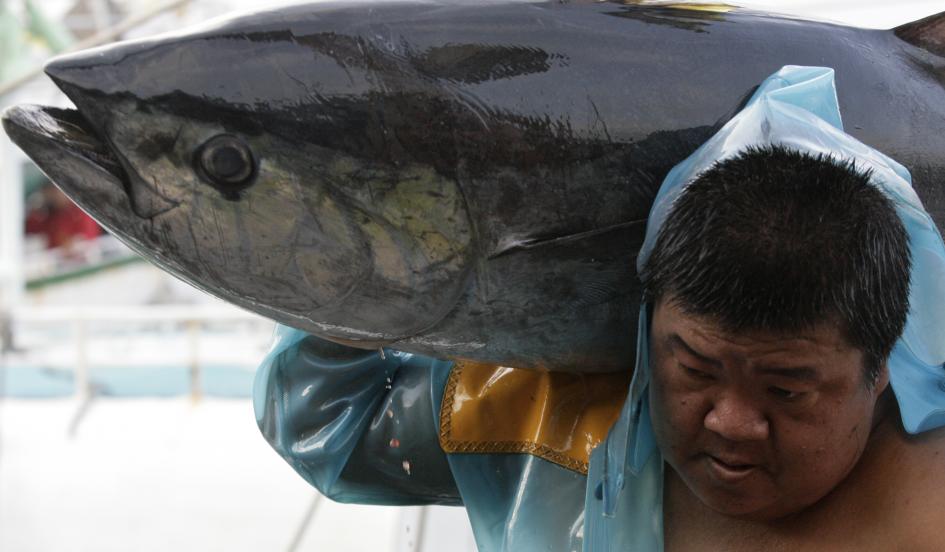 The principal source of mercury pollution in the oceans comes from emissions from coal-fired power plants and artisanal gold mining.

For decades, scientists have expected to see mercury levels in open-ocean fish increase in response to rising atmospheric concentrations, but evidence for that hypothesis has been hard to find.

“Mercury levels are increasing globally in ocean water, and our study is the first to show a consequent increase in mercury in an open-water fish,” Drevick said. “More stringent policies are needed to reduce releases of mercury into the atmosphere. If current deposition rates are maintained, North Pacific waters will double in mercury by 2050.”