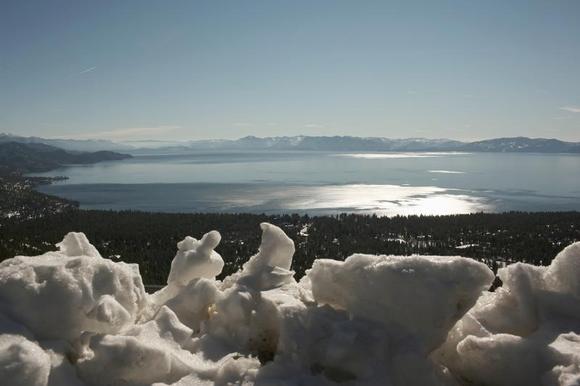 (Reuters) – The smallest critters who occupy the bottom of the cold, clear waters of Lake Tahoe are dying off at an alarming rate and scientists are trying to find the cause to protect the fragile ecosystem of the lake high in the Sierra Nevada range.

Scuba divers completed a first-ever circumnavigation of the shallow areas and certain deep spots last fall, collecting data that showed population drops in eight kinds of invertebrates that are only thumbnail-sized and smaller, including some only found in Lake Tahoe.

“Our laboratory group was very surprised to see such a dramatic decline over a short period of time,” University of Nevada, Reno scientist and associate professor Sudeep Chandra said in an email on Wednesday. “Big changes are occurring at the bottom of the lake.”

The findings, which researchers are still reviewing, are the latest cause for concern for the nation’s second-deepest lake. Sitting at the base of a world-class ski area, Lake Tahoe is a tourist draw for its breathtaking beauty and outdoor activities, but has long faced environmental damage from development, boats and invasive species.

The animals – called benthic invertebrates – include flatworms, the blind amphipod and the Tahoe stonefly. They have declined anywhere between 55 percent to 99.9 percent from measurements taken in the 1960s, said Chandra, who co-authored an article on the decline published in 2013 in the journal Freshwater Science.

“These eight declining animals are multiple canaries in the coal mine indicating that we need to think the functioning of the entire Lake Tahoe ecosystem,” he said. “Changes at the bottom may be an indication of things to come.”

One reason appears to be the loss of a native lake plant called skunkweed that makes up the animals’ habitat. Another contributor may be the introduction of non-native crayfish that eat the plants and the invertebrates.

Chandra said researchers were still studying ways to fix the issues facing the lake, but added that the problems could be reversed.

“The good news is both of these influences can be fixed, which could promote good plant habitat and improve the home and function of the ecosystem,” said Chandra.